How much is Jon Voight Worth?

Jon Voight Net Worth and Salary: Jon Voight is an American actor who has a net worth of $55 million. Jon Voight has been praised throughout his career after a range of stellar performances, and he is an Academy Award winner. In addition, Voight has won several other awards over the decades.

Early Life: Jon Voight was born on December 29th of 1938 in Yonkers, New York. Jon Voight was raised in a Catholic household alongside two brothers by a father who was a professional golfer. One of his brothers became a volcanologist at Penn State, while the other (Chip Taylor) became a successful singer-songwriter.

Voight first became interested in acting after attending high school, where he performed in school musicals. After high school, Jon Voight earned a B.A at The Catholic University of America in 1960 before moving to New York to pursue an acting career.

Career: Jon Voight's career began with television roles in the 1960s. Some of his most notable early appearances were in episodes of Gunsmoke. He would also establish a name for himself with roles on shows like Naked City, The Defenders, Twelve O'Clock High, and Cimarron Strip. By 1965, he had also established a name for himself with Broadway performances in plays like A View From the Bridge.

In 1967, Jon Voight made his film debut with a comedic role in Fearless Frank. After booking a minor part in the western Hour of the Gun, Voight truly made a name for himself with a starring role in the controversial but monumental film Midnight Cowboy. The X-rated film had Jon Voight playing a male prostitute, and he narrowly missed out on winning an Academy Award for Best Actor. Midnight Cowboy itself won Best Picture at the Academy Awards, and it is the only X-rated film to ever accomplish this. Midnight Cowboy was also a box office success, grossing almost $45 million on a $3.2 million budget.

Following this success, Jon Voight booked a number of leading roles in various films during the 70s. Jon Voight appeared in movies like Catch-22 and The Revolutionary before winning critical acclaim with 1972's Deliverance. The film was nominated for multiple awards. Voight also earned praise for his role as Stanley Kowalski in the play A Streetcar Named Desire.

During the next period, Voight appeared in more 70s films like The All American Boy, Conrack, The Odessa File, and End of the Game. Towards the end of the decade, he wowed critics once again with a moving performance in Coming Home, and he took home an Academy Award for Best Actor as a result. In the film, Voight played a paralyzed Vietnam war veteran. He then played a boxer in the film The Champ.

In the early 80s, Voight appeared in films like Lookin' to Get Out and Table for Five. In 1985, Voight received another Academy Award nomination for Best Actor after appearing in Runaway Train. He then finished the decade with a role in the film Desert Bloom.

In the 90s, Voight returned to television with made-for-TV movies. He also appeared in an episode of Seinfeld in which he played himself. In 1995, Voight joined the star-studded cast of the movie Heat. Next year, he would play the role of "spymaster" in the original Mission: Impossible film starring Tom Cruise. Further films starring Voight in the 90s included Anaconda and Rainmaker. 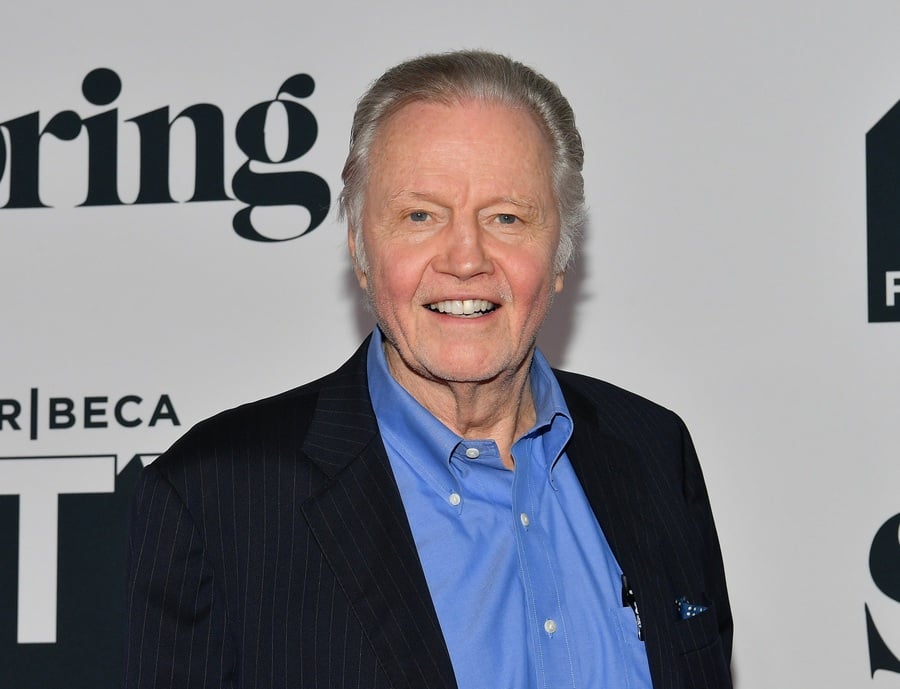 Towards the end of the decade, Voight showed his impressive range with a slew of major roles, starting as an antagonist in Enemy of the State. He then played an inspector in The General before appearing as a high school football coach in 1999's Varsity Blues.

In the 2000s, Jon Voight started out strong with an important role in the epic World War Two movie Pearl Harbor. Although the film wasn't a huge critical success, Jon Voight was singled out for praise. Another interesting moment occurred when Voight appeared alongside his daughter, Angelina Jolie, in one of her defining films: Lara Croft: Tomb Raider. In the film, he played the father of Jolie's character. He played a father once again in Zoolander and was celebrated for his role in Ali.

Further roles in the 2000s came in films like National Treasure, Glory Road, Transformers. During this decade, Voight also gained notoriety for playing the antagonist in the seventh season of 24. In 2013, Jon Voight appeared in the TV series Ray Donovan.

Personal Life: Jon Voight is famous for his outspoken political views, although his stance has shifted over the years. As a young man, Jon Voight was a fairly left-wing, anti-war activist during the Vietnam era. He also supported President John F. Kennedy and believed that his death traumatized the entire nation.

However, Jon Voight seemed to do a total 180 in the years leading up to 2008. That year, he published an op-ed that outlined his strong Republican views and stated that his prior anti-war beliefs were the result of communist propaganda. He also expressed a considerable distaste for the Democrat Party and Barack Obama, who was president at the time.

Jon Voight also became a vocal supporter of President Trump when he won the Republican nomination in 2016. When Trump was inaugurated in 2017, Voight once again endorsed Trump, calling him the answer to America's prayers. In 2019, Voight called Trump the best president since Abraham Lincoln in a series of Twitter videos.

Relationships: Jon Voight married actress Lauri Peters back in 1962 after the pair appeared in a Broadway play together, and they divorced five years later in 1967. Voight's next marriage was to another actress, Marcheline Bertrand, in 1971. Although they had two children, their divorce was finalized in 1980. Their two children, Angelina Jolie and James Haven, would later go on to become actors themselves. Although Jon Voight has dated many female celebrities since his second divorce, he never remarried.

Real Estate: In 1995, Jon Voight bought a 3.3-acre property in Beverly Hills for $1.3 million. In August 2019, Jon listed the property for sale with an asking price of $19.75 million. The gated property features a yard that is nearly as large as a professional soccer field. 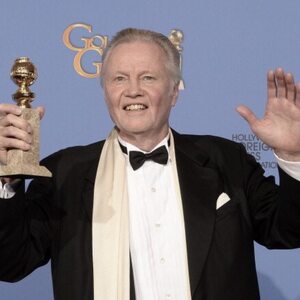