Jon Seda net worth and salary: Jon Seda is an American actor who has a net worth of $5 million dollars. Jon Seda was born in New York, New York, and grew up in New Jersey. He began boxing after he finished high school, and went on to win 21 of his 22 amateur bouts.

He was also a runner-up in the New Jersey Golden Gloves tournament. He began acting in both film and television projects in the early 90s, and has since gone on to appear in such productions as "Gladiator", "Daybreak", "Carlito's Way", "NYPD Blue", "New York Undercover", "Boys on the Side", "12 Monkeys", "Law & Order", "3rd Watch", "Primal Fear", "Selena", "Love the Hard Way", "Undisputed", "Bad Boys II", "Thin Air", "UC: Undercover", "Oz", "Hack", "Ghost Whisperer", "House M.D.", "Numb3rs", "The Closer", and "Treme". He is probably most widely recognized for his work on "Homicide: Life on the Street", "The Pacific" and for his starring role on "Chicago P.D.". Between 1997 and 1999 he appeared in 46 episodes of Homicide and 26 episodes of Treme. He started out as a recurring actor on Chicago Fire and then in 2014 earned a starring main role on Chicago P.D. of which there have been over 100 episodes to date. Jon has been married to Lisa Gomez since 2000 and together they have five children. 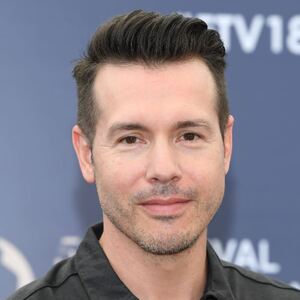