What is Jon Heder's net worth?

Jon Heder is an American actor and filmmaker who has a net worth of $10 million dollars. Jon Heder is best known for his portrayal of the titular character in the 2004 comedy film "Napoleon Dynamite." Additionally, he has been in other comedy films including "Just Like Heaven," "The Benchwarmers," "Blades of Glory," and "School for Scoundrels." Heder has also lent his voice to such animated children's movies as "Surf's Up" and "Monster House," as well as television programs such as "Pickle and Peanut."

Jon Heder famously was only paid $1,000 for his work in "Napoleon Dynamite." That looked like quite a bargain after the movie went on to earn $44.5 million at the box office.

Jon Heder was born in 1977 in Fort Collins, Colorado, the son of Helen and physician James. He is of Swedish descent, and has five siblings: identical twin brother Dan, older brother Doug, older sister Rachel, and younger brothers Adam and Matt. When Heder was around two years of age, the family moved to Salem, Oregon, where he went to Walker Middle School and South Salem High School. At the latter institution, he was a member of the drama club and swim team, and also was an Eagle Scout. After graduating, Heder enrolled at Brigham Young University, from which he graduated in 2002. While at BYU, he befriended Jared Hess, and starred in his short film "Peluca."

In 2004, Heder achieved major recognition for his breakthrough starring role in the hit independent film "Napoleon Dynamite." Adapted from "Peluca" by Jared Hess, it features Heder as the highly awkward title character, a high school student dealing with a number of quirky acquaintances and personal dilemmas. After premiering at the Sundance Film Festival in January, "Napoleon Dynamite" went on to become a massive financial success when it was released that June, grossing $46 million on a budget of only $400,000. Heder received numerous accolades for his performance, including MTV Movie Awards for Best Breakthrough Performance and Best Musical Sequence. Additionally, he earned several nominations from the Teen Choice Awards. The film went on to become a cult favorite, and spawned a short-lived animated series on Fox.

Following his success with "Napoleon Dynamite," Heder had a supporting role as a new-age bookstore clerk in the 2005 romcom "Just Like Heaven," starring Reese Witherspoon and Mark Ruffalo. The next year, he lent his voice to the supernatural animated film "Monster House," and had leading roles in two comedies: "The Benchwarmers," costarring David Spade and Rob Schneider, and "School for Scoundrels," in which he performed opposite Billy Bob Thornton and Jacinda Barrett. The latter two films were poorly received by critics, who worried that Heder was perhaps a one-hit wonder. However, greater success came in 2007, when Heder costarred alongside Will Ferrell in the well-reviewed sports comedy "Blades of Glory," about rival figure skating teams. Also in 2007, Heder voiced the character of Chicken Joe in the animated film "Surf's Up"; appeared in "Moving McAllister" with Mila Kunis, Rutger Hauer, and Billy Drago; and starred opposite Diane Keaton in "Mama's Boy." 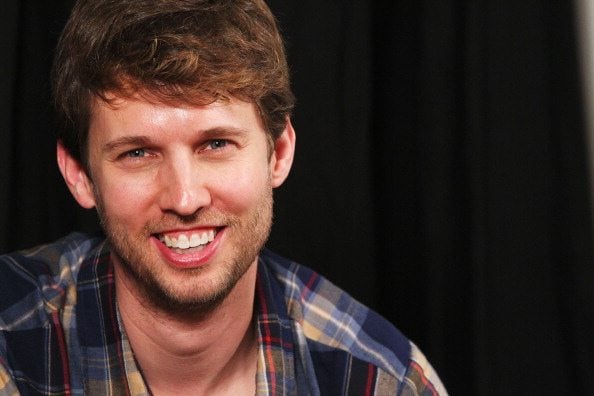 In the early 2010s, Heder appeared in the romcom "When in Rome" and the drama "For Ellen," had a cameo in the ensemble comedy "Life Happens," and provided his voice to the English-dubbed versions of the animated films "Legend of Kung Fu Rabbit," "Pinocchio," and "Pororo, The Racing Adventure." Later credits have included Quentin Dupieux's satirical comedy "Reality"; the biographical drama "Walt Before Mickey," in which Heder played Roy Disney; the holiday ensemble comedy "Christmas Eve"; the comedy thriller "Ghost Team"; and "The Tiger Hunter," costarring Danny Pudi. Other movies with Heder have included "Unexpected Race" and "Killing Winston Jones."

Heder made his small screen debut in a 2004 episode of the sketch comedy series "Mad TV." Following this, he lent his voice to "Robot Chicken," and hosted "Saturday Night Live" with musical guest Ashlee Simpson. In 2008, Heder appeared in an episode of the NBC sitcom "My Name is Earl," and later made a guest appearance on "How I Met Your Mother." Many of Heder's other television credits have been voice roles on animated shows. These include "The Legend of Korra," Comedy Central's "Kroll Show," Nickelodeon's "Teenage Mutant Ninja Turtles," the Cartoon Network's "Uncle Grandpa," "Clarence," and "Ben 10: Omniverse," and the streaming series "All Hail King Julien" and "Stretch Armstrong and the Flex Fighters." Additionally, from 2015 to 2018, Heder voiced the main role of Peanut on the Disney XD series "Pickle and Peanut."

In 2008, Heder made his first foray into a web series with the horror comedy "Woke Up Dead," which he both produced and starred in. Along with his brother Dan, Heder also starred in the internet martial arts comedy series "Sockbaby." Other web series appearances have included "Dead Grandma," which he hosted, and "TableTop" and "Critical Role," on which he made guest appearances.

Having met her while at Brigham Young University, Heder married his wife Kirsten Bales in 2002. They are members of the Church of Jesus Christ of Latter-day Saints, and together have two sons and two daughters. 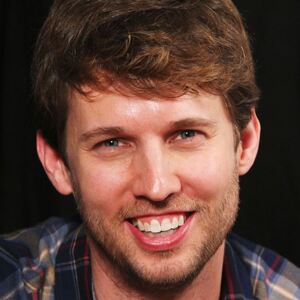