What is Jon Hamm's Net Worth and Salary?

Jonathan Daniel Hamm was born on March 10th of 1971 in St. Louis, Missouri. When Jon Hamm was just two years old, his parents divorced. Jon Hamm lived with his mother until she passed away when he was only ten. Following this tragedy, Jon Hamm moved to Normandy, Missouri to live with his father and his grandmother.

Jon Hamm became involved in acting as early as the first grade, although by high school he still viewed it as a pastime rather than a legitimate future career path. During this time, Hamm became a member of the football, baseball, and swim teams. Not long after Jon Hamm graduated from high school, his father passed away.

Jon Hamm attended the University of Texas and faced criminal charges after a hazing incident in a fraternity. Hamm then transferred to the University of Missouri. During his time at this institution, he joined a theater company and booked roles in plays such as A Midsummer Night's Dream and Assassins.

Jon Hamm graduated from the University of Missouri in 1993 with a Bachelor of Arts degree in English and started teaching acting at his old high school. After two years, he decided that he wanted a more substantial career and relocated to Los Angeles in an effort to become a professional actor.

Jon Hamm did not have an easy start in Los Angeles. He drove to the city with just $150 and a car to his name. After moving in with a house filled with other aspiring actors, Hamm worked as a waiter while auditioning for various roles. After three years, he had failed to book a single role and was released by his agency. He continued to work as a waiter, and at a certain point he set a new goal: become an established actor by the age of 30 or quit and go home.

Not long after making this promise to himself, Jon Hamm started booking roles. In the year 2000, Hamm appeared in NBC's Providence in a guest appearance that grew into a 19-episode recurring role. This led to his first film role in Space Cowboys. By 2001, Hamm was booking major roles in films such as Kissing Jessica Stein and We Were Soldiers. During this period, he continued to appear in television series such as The Division, CSI: Miami, Numb3rs, and The Sarah Silverman Program. 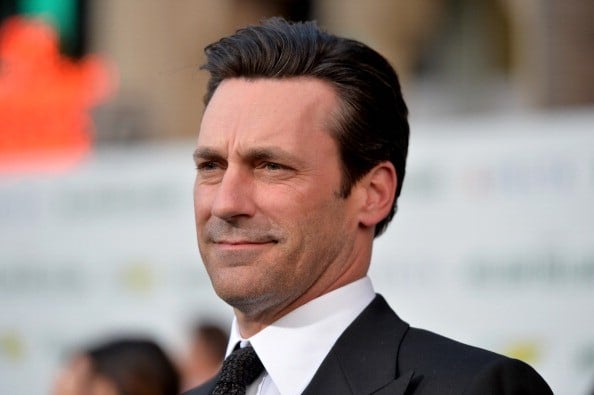 While Jon Hamm was an established actor by this point, his true breakthrough came in 2007 when he was cast as Don Draper in Mad Men. Hamm did not expect to land the role, as there were 80 other candidates who auditioned for the part – many of whom were more famous than him. When NBC finally settled on Jon Hamm for the role after numerous auditions, he quickly became an international star.

In Mad Men, Jon Hamm plays an advertising executive during the 1960s. Hamm based his character on memories of his father. Like Don Draper, Hamm's father was also an influential man with a secretive past. Mad Men quickly became a very popular show and debuted with an audience of 1.7 million. Jon Hamm won considerable praise from critics and received a Golden Globe Award for Best Actor in 2008. Around the time Mad Men concluded in 2015, Jon Hamm finally won a Primetime Emmy Award for Outstanding Lead Actor in a Drama Series after being nominated for the award 12 times during the series' run.

While Mad Men was still airing, Jon Hamm kept busy with various film roles. In 2008, he starred in The Day the Earth Stood Still. Although the film received mixed reviews, it earned an impressive $230 million worldwide. Jon Hamm booked a role as a leading man for the first time in 2009 with the film Stolen. In 2009, he landed a voice acting gig in Shrek Forever After before following up with a role in The Town. In 2011, he appeared in Sucker Punch, Bridesmaids, and Friends with Kids. In 2014, Jon Hamm played a sports agent in the film Million Dollar Arm.

In 2015, Jon Hamm showed off his voice acting skills again in Minions, playing Herb Overkill. The movie was a massive box office hit with earnings of over $1 billion. Next year, he starred in Keeping Up With the Joneses. Another notable role was in 2017's Baby Driver.

Over the course of Hamm's career, he has also appeared in TV series such as Saturday Night Live, 30 Rock, A Young Doctor's Notebook, Black Mirror, and Unbreakable Kimmy Schmidt. In 2017, he joined the cast of the series Good Omens as the Archangel Gabriel. 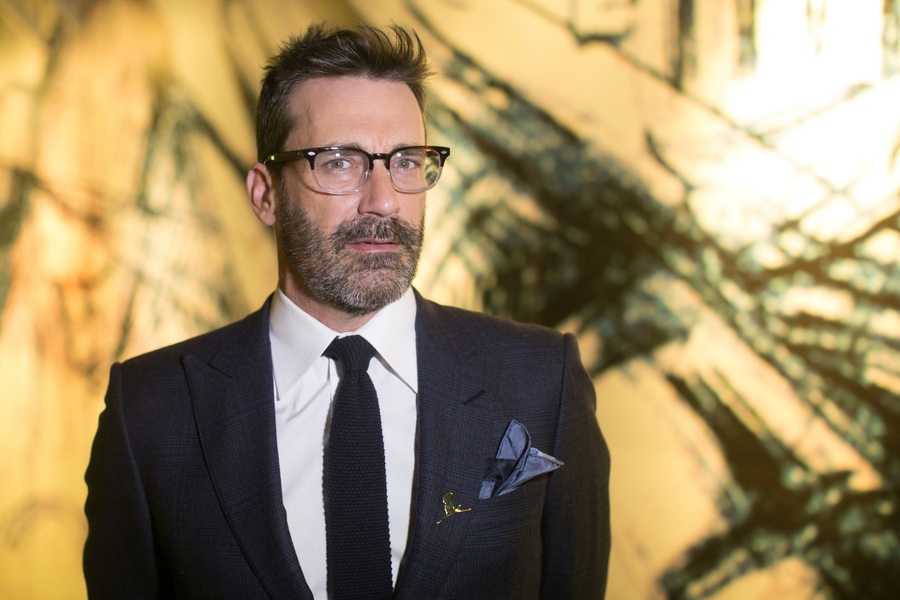 Jon Hamm began an 18-year relationship with actress and screenwriter Jennifer Westfeldt in 1997 They broke up in 2015.

In Mad Men, the character of Don Draper smokes constantly. Jon Hamm smoked herbal cigarettes in these scenes, as he had quit smoking previously at the age of 24.

In 2015, Hamm received treatment for alcoholism.

In 2013, Jon Hamm and Jennifer Westfeldt purchased a 1,000 square foot penthouse in the Upper West Side of Manhattan for $2.45 million. After the couple split up, the penthouse went through extensive renovations before being rented out for almost $15,000 per month in 2017. In 2017, Hamm also spent $3.375 on an impressive four-bedroom house in Los Feliz, Los Angeles.

Jon Hamm earned a considerable salary through Mad Men. Although his salary gradually increased throughout the series, he was earning a peak amount of $275,000 per episode at one point. That's around $4 million for a single season.

He has done voice over work for Mercedes Benz commercials since 2010.

How much does Jon Hamm earn for his Mercedes commercials? Typically a high-profile actor like Hamm does not earn a salary per commercial with a brand like Mercedes. He will sign a long-term contract that covers a set number of commercials per year. Based on comparable actor's known endorsement contracts, Hamm is likely operating under a 5-year $15-25 million deal to work with Mercedes. That's $3-5 million per year if you want to think of it that way. But the money is likely paid upfront. 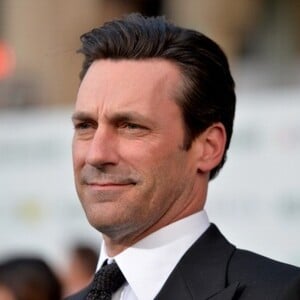