Jon Gries net worth: Jon Gries is an American actor, writer, and director who has a net worth of $2 million. Jon is perhaps best-known for playing Uncle Rico in the 2004 movie "Napoleon Dynamite." He also played Lazlo in the 1985 movie "Real Genius."

Jon Gries was born in Glendale, California in June 1957. As of this writing he has over 130 acting credits to his name. His first credit was in the movie Will Penny when he was 11 years old. From 1992 to 1994 he starred as Shawn McDermott in the television series Martin. Gries starred as Broots in the TV series The Pretender from 1996 to 2000. He has had recurring roles in the TV series Beverly Hills, 90210, Lost, and The Bridge. Gries has starred in the movies Real Genius, Terrorvision, The Monster Squad, Fright Night II, Get Shorty, The Rundown, Napoleon Dynamite, Taken, Taken 2, Bad Turn Worse, and Taken 3. He directed and produced the 2010 film Pickin' & Grinnin' and has also produced the movies Twin Falls Idaho, Second Coming, Jackpot, and Northfolk. Gries has been nominated for free Teen Choice Awards and an Independent Spirit Award for his role as Uncle Rico in the film Napoleon Dynamite. 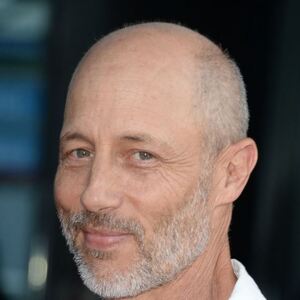