What is Jon Favreau's Net Worth?

Jon Favreau was born Jonathan Kolia Favreau on October 19, 1966, in Flushing, Queens, New York. His mother, Madeleine, taught elementary school and passed away from leukemia in 1979, and his father, Charles, worked as a special education teacher. Jon attended a school for gifted students, The Bronx High School of Science, and graduated in 1984. He enrolled in Queens College as a pre-engineering student but dropped out in 1987 and took a job at Bear Stearns. While attending Queens College, Favreau was involved with the Center for Human Relations and the College Union Program Board, and he served as the chairman of the Freshmen Weekend committee. Jon briefly returned to college in 1988, but he dropped out again, and that summer he moved to Chicago, where he began performing with improv groups like the Improv Institute and ImprovOlympic.

In 1992, Favreau was cast in biographical football drama "Rudy," which filmed in Illinois and Indiana; Vince Vaughn also had a role in the movie, and he would go on to become Jon's friend and frequent collaborator. In 1994, Favreau appeared in "PCU" and played Eric the Clown on an episode of "Seinfeld. He relocated to Los Angeles, and his screenplay "Swingers" was made into a film starring Jon and Vince in 1996. The film was a hit with both critics and audiences, and it earned director Doug Liman an MTV Movie Award for Best New Filmmaker. The following year, Favreau appeared on 6 episodes of "Friends," and in 1998, he starred in science fiction film "Deep Impact" and black comedy "Very Bad Things." He played the title role in the 1999 TV movie "Rocky Marciano," and in 2000, he appeared in football comedy "The Replacements" and played himself on an episode of "The Sopranos." He reunited with Vaughn in 2001 for "Made," which Jon wrote, directed, and produced (Vince was also a producer on the film). Also in 2001, Favreau directed an episode of Judd Apatow's Fox series "Undeclared" and began hosting "Dinner for Five," which ran until 2005 on the Independent Film Channel.

In 2003, Favreau appeared in "Daredevil," "The Big Empty, " and "Something's Gotta Give." He also directed Will Ferrell and Zooey Deschanel in "Elf," which grossed $220 million worldwide and quickly became a Christmas classic. Jon directed "Zathura: A Space Adventure" in 2005, and though the movie received positive reviews, its $64.3 million gross was less than its budget ($65 million). In 2006, he teamed up with Vaughn again for "The Break-Up," voiced Reilly the beaver in " Open Season," and guest-starred on "My Name Is Earl" and "Monk." Favreau then directed his first Marvel movie, 2008's "Iron Man," which grossed $585.3 million worldwide; he also directed 2010's "Iron Man 2," which was even more successful with a worldwide gross of $623.9 million. Though Jon did not return to direct 2013's " Iron Man 3, " he produced all 3 movies in the franchise and played Happy Hogan, Tony Stark's driver. He also produced Marvel's "Avengers: Age of Ultron" (2015), "Avengers: Infinity War" (2018), and "Avengers: Endgame" (2019). 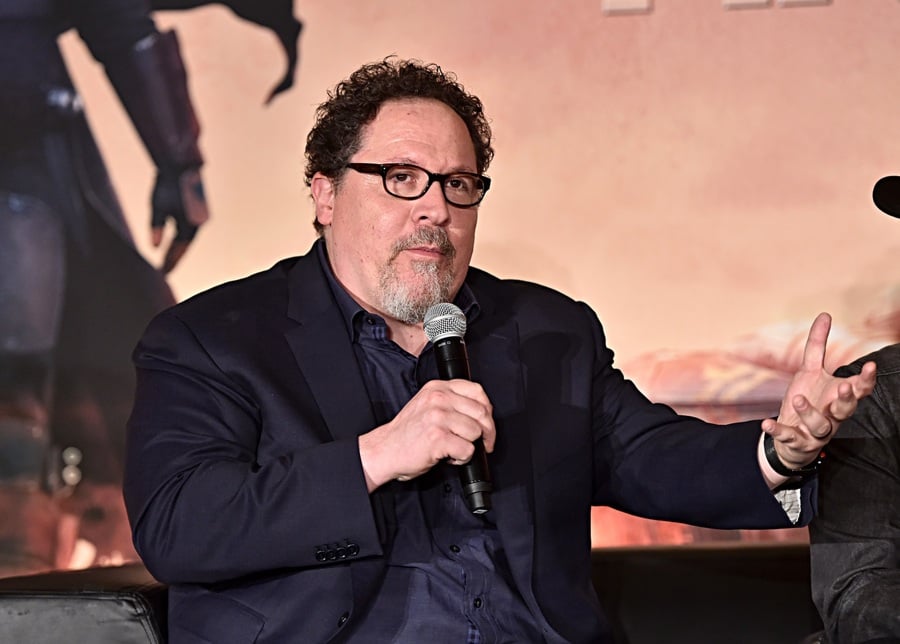 Favreau reunited with Vince Vaughn yet again in "Four Christmases" (2008) and "Couples Retreat" (2009), which was written by Jon, Vince, and Dana Fox. He directed and produced 2011's "Cowboys & Aliens," which grossed $174.8 million worldwide, just $11.8 million more than its budget. Favreau's directorial follow-up, 2014's "Chef" (which he also wrote, starred in, and produced), received positive reviews and won an award at the Tribeca Film Festival as well as an AARP Movies for Grownups Award. In 2016, he directed "The Jungle Book," which grossed a whopping $966.6 million. "The Jungle Book" was the highest-grossing film Jon had directed until 2019's "The Lion King," which grossed an astounding $1.657 billion, making it the highest-grossing animated film, musical film, remake, and Disney movie of all time. Also in 2019, Favreau began co-hosting "The Chef Show" with Roy Choi on Netflix, and "The Mandalorian" began streaming on Disney+; in addition to creating the series, Jon serves as a writer, director, and executive producer.

Favreau has won several awards for his work, including a 1997 Florida Film Critics Circle Award for "Swingers," a 2014 Tribeca Film Festival Audience Award for "Chef," a 2016 Hollywood Film Award for "The Jungle Book," and a 2020 CinEuphoria Award for "The Lion King." In 2019, the Academy of Science Fiction, Fantasy & Horror Films honored him with the Visionary Award, 10 years after awarding him the Best Director award for "Iron Man." The Visual Effects Society Awards gave Jon a Lifetime Achievement Award in 2018, and he was named a Disney Legend in 2019.

In 2016, Favreau paid $5.25 million for the former Allan's Aquarium in Venice, California, as well as an adjacent home, with plans to use the space as his production company's headquarters. 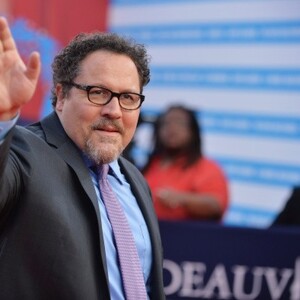