Jon Bernthal net worth and salary: Jon Bernthal is an American actor who has a net worth of $10 million dollars. He is best known for his portrayal of Shane Walsh on the AMC' The Walking Dead. He is known for playing bad guys and villains.

Early Life: Jonathan Edward Bernthal was born in Washington D.C. on September 20, 1976. He is from a Jewish family. His parents are Joan and Eric Bernthal. His father is a former attorney and was the chairman of the board of directors for the Humane Society until 2019. Jon has two brothers: Nicholas and Thomas. Jon's parents also raised foster kids. Jon attended Sidwell Friends School and Skidmore College. He played baseball in college. He dropped out of college to join the Moscow Art Theatre in Russia on the advice of his acting teacher Alma Becker. While in Moscow, Bernthal was discovered by the executive director of Harvard's Institute for Advanced Theater Training. Bernthal completed his graduate-level certificate studies in Cambridge, Massachusetts in 2002. When he completed his training he moved to New York City to pursue a career in theatre.

Career: Bernthal spent four years in New York City and in that time, appeared in more than 30 Off-Broadway plays. He moved to Los Angeles in 2006. He booked his first recurring, regular role on a television series was in 2006's The Class. Unfortunately, the show was canceled after one season. Bernthal's breakthrough role was on AMC's The Walking Dead. He played Shane Walsh from 2010 to 2012 and then again in 2018 on the "What Comes After" episode. For his role, he was nominated for the Breakout Performance – Male at the 2011 Scream Awards.

Bernthal has also appeared in a number of films including World Trade Center, The Wolf of Wall Street, The Peanut Butter Falcon, Baby Driver, The Accountant, The Unbreakable Kimmy Schmidt, How I Met Your Mother, and Mob City. He also appeared in Me and Earl and the Dying Girl, which won the Grand Jury Prize for drama at the Sundance Film Festival in 2015.

In 2017, Bernthal starred in the Irish action thriller film Pilgrimage. Bernthal plays The Mute in the film, which is set in the 13th century. Because he is a method actor, Bernthal stayed in character whenever he was on set, refusing to speak to the cast or crew. Bernthal received critical acclaim for his role. In 2019, Bernthal played automotive industry tycoon Lee Iacocca in the Academy Award-winning James Mangold film Ford v. Ferrari.

Bernthal's next high profile project is his role in  The Many Saints of Newark. The film is the prequel feature film of HBO's popular series The Sopranos. The film will be released in March 2021. 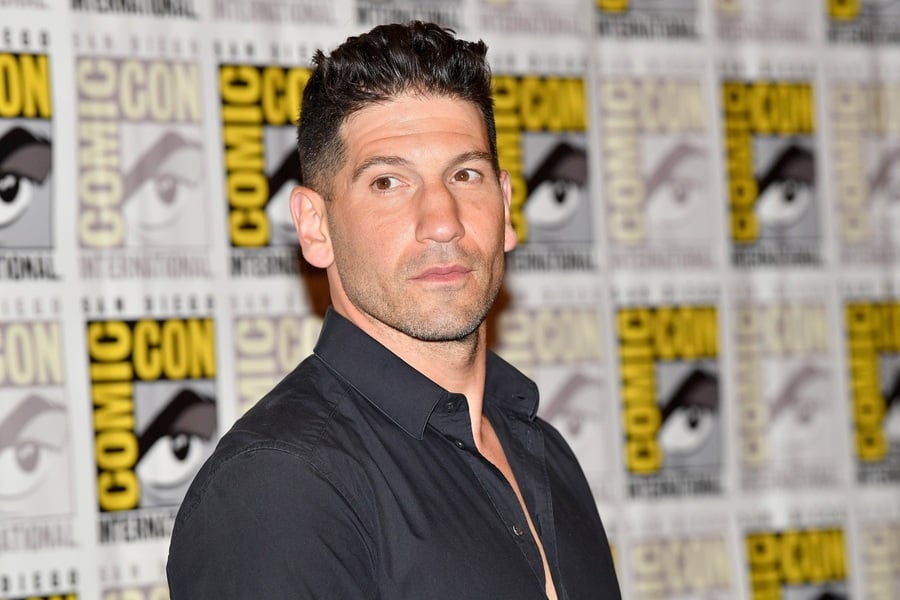 Personal Life: Bernthal married Erin Angle, a trauma nurse on September 25, 2010, in Potomac, Maryland. She is the niece of retired professional wrestler Kurt Angle. His acting teacher Alma Becker married them. The couple welcomed their first son, Henry, in August 2011. Billy followed in January 2013, and a girl named Adeline in February 2015.

Bernthal is an outspoken advocate of pit bulls. He is a spokesperson for the Animal Farm Foundation, an organization that rescues pit bulls and promotes equal treatment of the breed. Bernthal has three pit bulls of his own. Two of them, Boss and Venice, appear in his 2012 film Rampart. Bam Bam is his third pit bull.

When he was in his 30s, a run-in with someone who was harassing Bernthal while he was out walking his dog led to a fight that nearly landed him in prison. In a 2017 interview with Esquire, Bernthal said he hit the man, who was following him home and was brought in for questioning when the man hit his head on the pavement and was slow to regain consciousness.

His brothers are as successful as he is. Nicholas is an orthopedic surgeon and professor at UCLA. Thomas is a consulting agency CEO who is engaged to Facebook COO and billionaire Sheryl Sandberg.

His cousin was musician Adam Schlesinger, who died in April 2020 of complications from COVID-19 during the global pandemic of the virus.

During his time in Moscow, Bernthal was a catcher for a Russian professional baseball team.

Real Estate: In the summer of 2015, Bernthal sold his storybook-style cottage in Venice for $1.95 million — $55,000 over his asking the price of $1.895 million. Bernthal and his wife bought the house in 2010 for $1.012 million. Built in 1926, the renovated country English home is distinguished by a steep roofline, a curving staircase, and a breakfast nook. The home has 1,874 square feet with formal living and dining rooms, an updated kitchen, four bedrooms, and three bathrooms. Curved doorways, original wood floors, and a wood-burning fireplace are among the period details in the home. French doors open to a covered patio and a fire pit set off by vibrant landscaping and a built-in barbecue.

Other actors from The Walking Dead to check out:
Norman Reedus Net Worth
Andrew Lincoln Net Worth 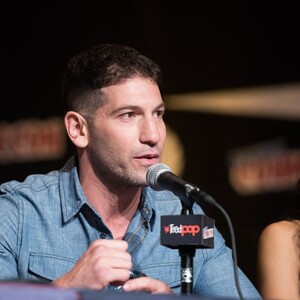