Johnny Vaughan net worth: Johnny Vaughan is an English television and radio personality and film critic who has a net worth of $7 million. Johnny Vaughan was born in Barnet, London, England in July 1966. From 2004 to 2011 he served as the main presenter of the radio show Capital Breakfast on 95.8 Capital FM with Lisa Snowdon.

Vaughan went on to present the drive time program Radio X. He is also a weekly columnist for The Sun newspaper where he reviews films. Vaughan started working for Channel 4 in 1993 and also hosted the late night show Fabulous on BBC Radio Five. From 1997 to 2001 he hosted the television series The Big Breakfast. In 2001 he joined the BBC for 2.5 million pounds. Vaughan has been nominated for a BAFTA Award and a National Television Award and won a Royal Television Society Award and a Television and Radio Industries Club Award. 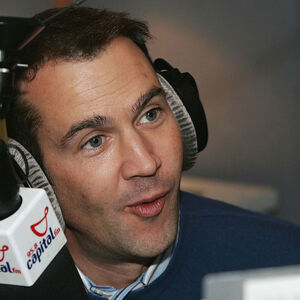