Johnny Simmons Net Worth: Johnny Simmons is an American actor who has a net worth of $1 million dollars. Born in Montgomery, Alabama, in 1986, Johnny Simmons grew up in Dallas, Texas, finishing high school in 2005. A year later, he made his film debut in 2006's "My Ambition" as Jules Walters and landed a one-episode part on "Numb3rs".

Simmons followed his debut with a part in the comedy sequel "Evan Almighty" in 2007, where he played Dylan Baxter, one of the sons of Steve Carell's character. Simmons has worked steadily since, appearing in two films in 2008 ("Trucker" and "The Spirit") and three in 2009, including "Jennifer's Body" with Megan Fox and Amanda Seyfried, and "Hotel For Dogs" alongside Emma Roberts and Jake T. Austin. He appeared in 2010's "Scott Pilgrim vs. the World" as Neil Nordegraf and 2011's "Cinema Verite" as Kevin Loud. In 2012, Simmons scored a role in "21 Jump Street" as Billiam Willingham with Channing Tatum and Jonah Hill and later appeared in "The Perks of Being a Wallflower" as Brad Hayes. He's slated to appear in 2014's "Frank and Cindy" as G.J. Echternkamp, which is currently in post-production. Simmons' other TV and film credits include "The To Do List", "A Bag of Hammers", "The Conspirator", "Elementary", and "Klondike". 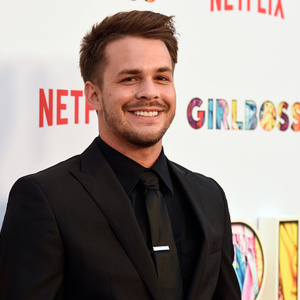