Johnny Lever Net Worth: Johnny Lever is an Indian actor and comedian who has a net worth of $30 million. Johnny Lever was born in Kanigiri, Prakasam district, Andhra Pradesh, India in August 1957. Johnny studied comedy acting and performed in musical shows. He also starred in commercials. Lever has over 260 acting credits to his name.

His first role came in 1981 in the film Yeh Rishta Na Tootay. Lever is considered one of the most popular comedians in Hindi cinema. He has received 13 Filmfare Awards nominations for Filmfare Award for Best Performance in a Comic Role. He won the award for his roles in Deewana and Dulhe Raja. He has also been nominated for an Aspara Film Producers Guild Awards, five Awards of the International Indian Film Academy, four Screen Weekly Awards for which he won one in 1997, and two Zee Cine Awards for which he won one in 2002. One of his best known roles was Baazigar. Lever did a memorable impression of Michael Jackson at the 1999 Filmfare Awards. Lever is the president of CINTAA (Cine And T.V. Artist Association) and MAAM (Mimicry Artist Association Mumbai). 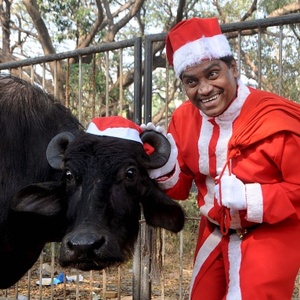