Johnny Brown net worth: Johnny Brown is an American actor and singer who has a net worth of $2 million. Johnny Brown was born in St. Petersburg, Florida in June 1937. He has performed on stage in addition to film and television. Brown was active from 1961 to 2013. He regularly appeared on the television series Rowan & Martin's Laugh-In from 1970 to 1972.

From 1975 to 1979 he starred as Nathan Bookman on the TV series Good Times. Johnny Brown has also appeared in films and episodes of TV series including The Jeffersons, Sister, Sister, Family Matter, Martin, and The Jamie Foxx Show. As a singer he released a pair of records in the 1960s. He also provided voice work for the TV series Alvin & the Chipmunks. He appeared in the movies Man in the Mirror in 2008, In Da Cut the Movie in 2012, and In Da Cut in 2013. 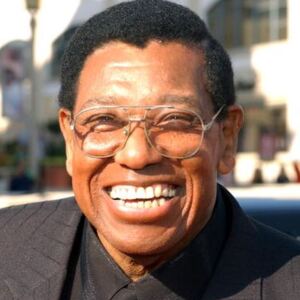