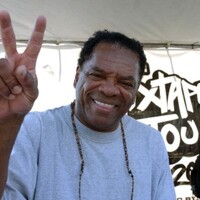 What was John Witherspoon's Net Worth?

John Witherspoon was an American comedian and actor who had a net worth of $4 million at the time of his death in 2019. He was probably best-known for his role as Willie Jones in the "Friday" film series.

John Witherspoon was born on January 27, 1942 in Detroit, Michigan. One of 11 siblings, the family's real last name was "Weatherspoon", to which John later changed to Witherspoon. His older brother William Weatherspoon was a Motown songwriter who wrote a number of hit songs in the 1960s. John helped William write the lyrics of the 1966 hit "What Becomes of the Brokenhearted." Another sibling, Cato, worked as a director for the PBS-TV network in Detroit. Their sister Gertrude Stacks is a well-known pastor in Detroit. Witherspoon grew up with a passion for music, learning to play the trumpet and French horn.

John worked as a model in the 1960s and 70s while launching a comedy career. He eventually befriended comedians like Richard Pryor, Robin Williams, David Letterman and Jay Leno.

His first television appearance came in 1970 on the CBS series "Barnaby Jones". That led to appearances on shows like "Good Times", "What's Happening" and "The Incredible Hulk". In 1977, Witherspoon became a regular on the series "The Richard Pryor Show". This led to an appearance on "WKRP In Cincinnati" in 1978. He acted steadily throughout the '80s and '90s on dozens of series. In 1981, Witherspoon appeared in "Hill Street Blues", an NBC police drama. Later that year, he had an appearance on another NBC legal drama, "L.A. Law." He also appeared in "You Again?" and "What's Happening Now!". In 1988, Witherspoon was in "Amen", another NBC show, this time a sitcom. The show was known for being one of the only shows during the 1980s that featured an almost entirely black cast.

He made his film debut in 1980's "The Jazz Singer". Other notable film roles would include 1987's "Hollywood Shuffle", 1988's "I'm Gonna Get You Sucka", 1990's "Houseparty" and 1992's "Boomerang" opposite Eddie Murphy. He also appeared in "Vampire in Brooklyn" and "The Meteor Man." He became known for his over-the-top characters, such as his "Houseparty" character, playing an irritated neighbor who is repeatedly woken up by the party. He then went on to appear in 1993's "Townsend Television," "Cosmic Slop" in 1994, and "Murder Was The Case," also in 1994.

It was his appearance in 1995's "Friday" that really put John Witherspoon on the map. The stoner buddy comedy was written by Ice Cube and directed by F. Gary Gray (his directorial debut). The film also starred Ice Cube in addition to Chris Tucker, Nia Long, Bernie Mac, Robert Lockhart. Witherspoon also appeared in the sequels, "Next Friday" and "Friday After Next." 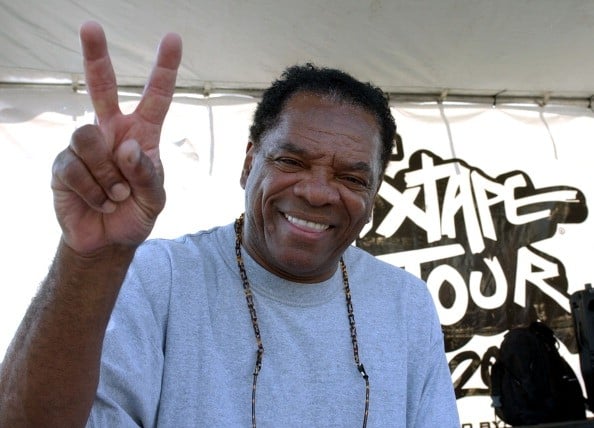 From 1995 he starred on "The Wayans Bros." comedy series. He was a main cast member, appearing in 101 episodes of the show. He also appeared on the Kids WB animation series "Waynehead," about a young boy growing up poor in Harlem, New York City. The show, based on creator Damon Wayans' life, aired on Saturday mornings. Witherspoon appeared on Fox's He appeared in 18 episodes of "The Tracy Morgan Show" between 2003 and 2004. In 2003, Witherspoon appeared on NBC's reality TV show "Last Comic Standing." He also performed in "The Proud Family," a Disney Channel animated series, as Oran Jones in the episode "Adventures in Bebe Sitting." He also performed in an episode of another Disney animated show, "Kim Possible." He starred in the comedy series "The Tracy Morgan Show" as Spoon in all 18 episodes of the show. In 2004, he was in "Pryor Offenses," a television movie where he played Willie the Wino.

Between 2005 and 2014 he appeared in 55 episodes of "The Boondocks". In 2005, he appeared on "Weekends at the D.L", a Comedy Central talk show. In 2006, Witherspoon starred in a television movie called "Thugaboo: A Miracle on D-Rock's Street." In the movie he played Real Santa, a Christmas singer on the radio. In 2011, Witherspoon starred in a "Final Destination" spoof with Shane Dawson on YouTube. Between 2014 to 2019 he appeared as Lloyd, a homeless man, in 31 episodes of "Black Jesus".

In addition to his extensive television and movie career, John Witherspoon also appeared in a number of music videos, including Jay-Z's "I Just Wanna Love U (Give It 2 Me)" and Field Mob's :Sick of Being Lonely". In March 2008, he went back to his roots in comedy and started a comedy tour that premiered on television on the Showtime Network. On his 2009 tour, Witherspoon performed at 19 stops across the country. In December 2011, Witherspoon performed his stand-up comedy act once again on stage at the Funny Bone comedy club at Harrah's Casino in Tunica, Mississippi.

John was married to Angela Robinson from 1988 until his death in 2019. They had two children together John David ("J.D." and Alexander. J.D. is known for making sits and gameplay videos on YouTube and hosts the mobile game show Confetti on Facebook Watch. David Letterman, Witherspoon's best friend, is godfather to both children. Witherspoon died of a heart attack at his home in Sherman Oaks, California on October 29, 2019. He was 77 years old. He is buried at Forest Lawn Memorial Park in Hollywood Hills, California.