John Wesley Shipp Net Worth: John Wesley Shipp is an American actor who has a net worth of $2 million dollars. Shipp was born in Norfolk, Virginia in January 1955. Shipp has appeared on multiple soap operas, playing Kelly Nelson on Guiding Light, Martin Ellis on Santa Barbara, Blanchard Lovelace and Eddie Ford on One Life to Live, Carter Jones on All My Children, and Douglas Cummings on As the World Turns. He starred as the title character on the TV series The Flash from 1990 to 1991. From 1994 to 1995 Shipp played Lucky Williams on the series Sisters. He starred as Mitch Leery from 1998 to 2001 on the series Dawson's Creek. He is scheduled to play Henry Allen in the 2014 The Flash series on the CW network. He has also appeared on episodes of Fantasy Island, NYPD Blue, Jag, CSI: NY, The Closer, Drop Dead Diva, and Teen Wolf. He won Daytime Emmy Awards in 1986 for Outstanding Supporting Actor in a Drama Series for As the World Turns, and in 1987 for Outstanding Guest Performer in a Drama Series for Santa Barbara. He is scheduled to play The President of the United States in the upcoming Golden Shoes. 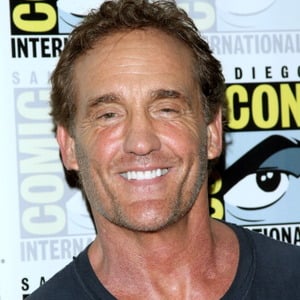