John Wayne Bobbitt net worth: John Wayne Bobbitt is an American worker who has a net worth of $250 thousand. John Wayne Bobbitt rose to national attention after his wife cut off his penis in a fit of rage. The trial after the assault was major headline news. Lorena Bobbit, Mr. Bobbit's wife, accused him of years of abuse, both mental and physical. The abuse led to her finally snapping. She was subsequently found not guilty due to insanity.

Attack and Trial: John Wayne Bobbitt was born in 1967. A former Marine, he married Lorena Bobbitt, a manicurist who owned a nail salon up the street from their house in Virginia, on June 18, 1989. Their relationship became heavily publicized on a fateful night in 1993. On June 23, 1993 in Manassas, Virginia, after Lorena Bobbitt claimed her husband had raped her, she got out of bed after he went to sleep and went to the kitchen to grab an 8-inch carving knife from the kitchen counter. She returned to their bedroom, pulled back the bed sheets, and severed his penis. Afterwards, she left the apartment with the severed penis and drove away in her car. She ultimately threw it out the window into a roadside field.

She stopped to call 911 and told them what had happened and where the member could be found. Bobbitt's penis was found in a field after an exhaustive search. It was packed in saline ice and re-attached in the hospital during a nine-and-a-half-hour-long surgery where Bobbitt was being treated. Lorena Bobbitt was arrested that night and tried. During the trial, the couple revealed details of their volatile relationship and the events that led to the assault. Lorena stated that she had been a victim of John's long-term sexual, physical, and emotional abuse. She claimed he had flaunted his infidelities and also forced her to have an abortion at some point over their marriage. During the trial, there were a string of witnesses who testified that they had seen bruises on her arms and neck and that she had called 911 repeatedly and that John had bragged to friends about forcing his wife to have sex.

While John denied the allegations of abuse, his statements often conflicted with known facts and severely weakened the prosecution's case. Lorena testified that John had raped and physically battered her on multiple occasions prior to the events of June 23 and the severing of his penis. Both the prosecution and the defense testified that "he had mentally and physically battered her; that the abuse was escalating; and that, by 1993, she lived in constant fear of him." John Bobbitt was acquitted by a jury of marital rape. After seven hours of deliberation, the jury found Lorena not guilty due to insanity, and as a result, she could not be held liable for her actions. The judge ordered Lorena to undergo a 45-day evaluation period at Central State Hospital in Petersburg, Virginia. In 1995, after six years of marriage, they finalized their divorce. 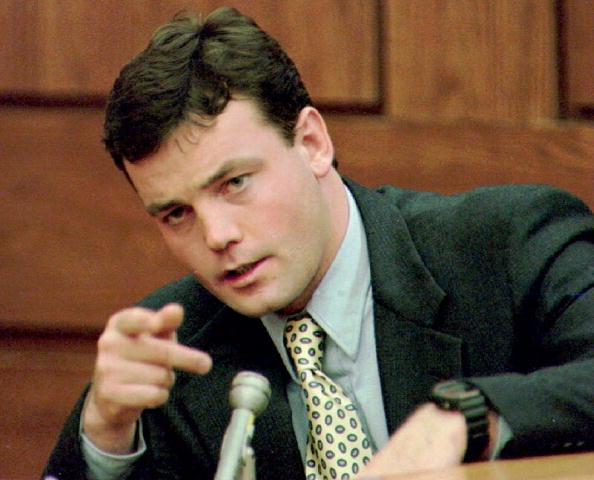 Aftermath: He attempted to capitalize on his fame after the trial by launching a band called, The Severed Parts, and appearing in various porn films, including, "John Wayne Bobbit: Uncut" and "Frankenpenis". He has been arrested repeatedly, and has appeared in court multiple times since divorcing Lorena Bobbitt in 1995. He has gone to trial multiple times for spousal abuse, most recently against his third wife, and was fined and sentenced to probation for the theft of $140,000 in clothes. In 1994, he was charged with striking Kristina Elliot, a 21-year-old exotic dancer he met while in Las Vegas on a publicity tour. In August 1998, he appeared on WWE's Monday Night Raw is War where he was featured with Val Venis. Not long after, he moved to Vegas where he worked as a bartender, limo driver, mover, pizza delivery driver, tow truck operator, and a stint serving at a wedding chapel as a minister of a Universal Life Church. Bobbitt robbed a store in 1999 in Nevada and was sentenced to prison in 2003 for violating his probation related to the 1999 robbery. In 2014, he broke his neck and was severely injured in a car accident in Buffalo, New York.

Lorena and John made their first public appearance together on the show "The Insider" in May 2009. It was their first meeting since their divorce. On the show, he apologized for the way he treated her during their marriage.

As a result of the insane media attention surrounding the case, the event became infamous in pop culture and sparked a flurry of jokes, skits, limericks, T-shirt slogans, and more. Weird Al Yankovic's song "Headline News" parodied the event and Family Guy referenced the incident in an episode called "Peter and Lois' Wedding." "Saturday Night Live" featured multiple sketches dealing with the event. Shortly after the incident, incidents of copycat crimes were reported, otherwise referred to as episodes of "Bobbittmania". However, the incidents were generally found to be self-inflicted wounds or accidents. The names of John and Lorena Bobbitt eventually became synonymous with penis removal.

In February 2019, Amazon released "Lorena," a four-part documentary produced by Jordan Peele about the incident. "Lorena" featured interviews with both Lorena and John. In May 2020, Lifetime aired "I Was Lorena Bobbitt" as part of its "Ripped from the Headlines" feature films. Lorena Bobbitt (who now goes by Lorena Gallo) served as the onscreen narrator and executive producer. Lorena now runs a non-profit called Lorena's Red Wagon that helps survivors of domestic violence. She lives with her partner David Bellinger and her 13-year-old-daughter in Manassas. 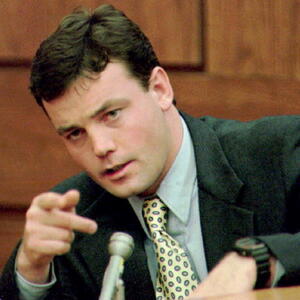