What is John Turturro's Net Worth and Salary?

John Turturro is an American actor, writer and director who has a net worth of $14 million. John Turturro is known for his many contributions over the years to the independent film movement. He has frequently worked with such filmmakers as Spike Lee and the Coen brothers, and has often collaborated with actor Adam Sandler. Among Turturro's credits are "Do the Right Thing," "Barton Fink," "Quiz Show," "The Big Lebowski," and the HBO miniseries "The Night Of."

John Turturro was born in 1957 in Brooklyn, New York. His mother, Katherine, was born in the US to Italian parents, and was an amateur jazz singer. His father, Nicholas, emigrated from Italy at the age of six, and worked as a construction worker and carpenter before joining the US Navy. Turturro was brought up Roman Catholic, and was raised in the Rosedale neighborhood of Queens. He went to State University of New York at New Paltz, where he majored in theatre arts, and later obtained his MFA from the Yale School of Drama.

For his first feature film appearance, Turturro had a non-speaking role as an extra in Martin Scorsese's 1980 film "Raging Bull." In 1984, he was in the romantic comedy "The Flamingo Kid," and in 1985, had notable supporting roles in the action thriller "To Live and Die in L.A." and the dramedy "Desperately Seeking Susan."

Turturro began landing many roles in the mid-to-late 80s. In 1986 alone, he appeared in Woody Allen's "Hannah and Her Sisters," Martin Scorsese's "The Color of Money," Ron Howard's "Gung Ho," and the comedy "Off Beat." The next year, he was in the action film "The Sicilian" and the independent crime drama "Five Corners," costarring Tim Robbins and Jodie Foster. After seeing Turturro's performance in the latter film, director Spike Lee was so impressed that he cast him in "Do the Right Thing," a role that would inaugurate a longstanding partnership between Turturro and Lee. The two would end up working together on numerous future films, including "Mo' Better Blues," "Jungle Fever," "Clockers," "He Got Game," and "Miracle at St. Anna."

In 1990, Turturro re-teamed with Jodie Foster in Dennis Hopper's "Catchfire," and starred alongside Sean Penn, Ed Harris, Robin Wright, Gary Oldman, and John C. Reilly in the crime film "State of Grace." That year, Turturro also began another longstanding collaboration, this time with the Coen brothers. In the Coens' gangster noir "Miller's Crossing," he played Bernie "The Shamata Kid" Bernbaum, in a cast that included Gabriel Byrne, Jon Polito, and Marcia Gay Harden. Turturro's biggest part in a Coen brothers movie came in 1991, when the actor starred in the titular role of "Barton Fink." Playing a psychologically deteriorating New York playwright, Turturro won Best Actor at the Cannes Film Festival.

Throughout the rest of the 90s, Turturro starred in a wide variety of films. They included "Mac," which he also wrote and directed; the comedy "Brain Donors"; the Robin Williams dramedy "Being Human"; Peter Weir's "Fearless"; Robert Redford's "Quiz Show"; the dramedy "Unstrung Heroes"; Tom DiCillo's "Box of Moonlight"; and Francesco Rosi's "The Truce." In 1998, Turturro appeared in a whopping six films, among them "Rounders" and "OK Garage." He also wrote, produced, directed, and starred in the romantic comedy "Illuminata," and had a memorable supporting role as Jesus Quintana in the Coen brothers' "The Big Lebowski." The actor closed out the decade with Spike Lee's "Summer of Sam" and Tim Robbins' "Cradle Will Rock."

In 2000, Turturro made a splash in "Company Man," "The Luzhin Defence," and another Coen brothers film, "O Brother, Where Art Thou?" He subsequently appeared in "Thirteen Conversations About One Thing," "Collateral Damage," and "Mr. Deeds," the latter of which would be the first of many films he made with Adam Sandler. Among his later 2000s credits are "Anger Management," "Secret Passage," "Secret Window," "The Good Shepherd," "Transformers," "Margot at the Wedding," "You Don't Mess with the Zohan," and the remake of "The Taking of Pelham 123." 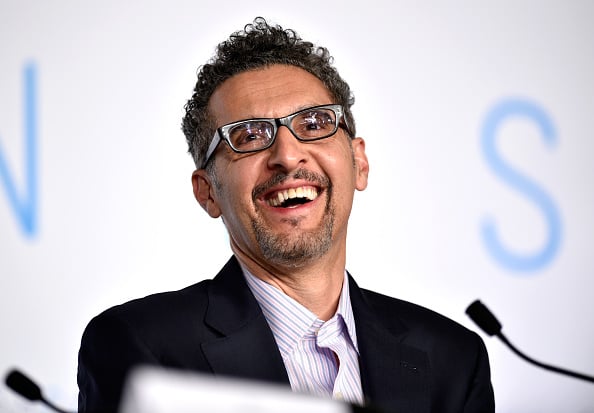 After "Mac" and "Illuminata," Turturro began directing more in the 2000s and 2010s. In 2005, he wrote, directed, produced, and appeared in the musical romantic comedy "Romance and Cigarettes." He directed and co-wrote the documentary "Passione" in 2010, directed and wrote the comedy "Fading Gigolo" in 2013, and directed and wrote a spinoff of "The Big Lebowski" called "The Jesus Rolls" in 2019. Throughout this time, Turturro appeared in films such as "God's Pocket," "Exodus: Gods and Kings," "Mia madre," "The Ridiculous 6," "Hands of Stone," "Gloria Bell," and three sequels to Michael Bay's "Transformers."

On the small screen, Turturro first appeared in an episode of "Miami Vice" in 1985. Later, he was in a few episodes of "The Fortunate Pilgrim," and in 1994, he hosted "Saturday Night Live." Subsequent credits included the television film "Monday Night Mayhem," and episodes of "Frasier," "Monk," "The Bronx is Burning," and "Flight of the Conchords." Turturro's most acclaimed television role was in the 2016 HBO miniseries "The Night Of"; portraying attorney John Stone, he received an Emmy Award nomination for his work.

Since 1985, Turturro has been married to Katherine Borowitz, who does social work. They have two sons, Amedeo and Diego, and live in Brooklyn's Park Slope neighborhood. Since 2011, Turturro has held dual American and Italian citizenship.

Among his other endeavors, Turturro often serves as a member of the jury of the New York International Children's Film Festival, which shows movies for children between three and 18.