Born in Chicago, Illinois on November 29, 1951, Stagliano is known to many as "Buttman." While in college, Stagliano studied an array of subjects including English, journalism, engineering, economics, theater, playwrighting, modern dance, and jazz. He began his career in the adult industry as a softcore model and a dancer for Chippendales. He later began publishing an adult magazine called Evil Angel in 1982. In 1997, Stagliano was diagnosed with HIV and later faced a lawsuit in 2013 after allegedly neglecting to inform co-star Katie Summers of his condition. Stagliano is currently married to former adult actress, Tricia Devereaux and continues to act in adult films for non-sexual roles. He has received the XBIZ awards for Industry Pioneer (Web) in 2010, Man of the Year in 2011, and was nominated for Director of the Year for his feature release of Voracious in 2013. Stagliano's first marriage was to actress Krysti Lynn in 1993. She died in a devastating car accident in 1995 while driving Stagliano's Acura. 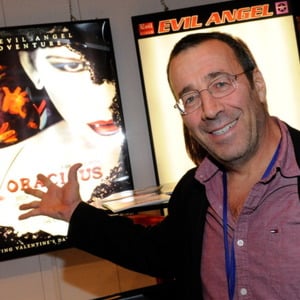