He was born on August 13, 1962 in Boston, Massachusetts, and was raised as an Irish-Catholic; he is one of six children. He received a Bachelor of Arts from The Catholic University of America in 1984, and in 1988, started acting in the television series Dirty Dozen as Private Dylan Leeds. Throughout his acting career, he has been nominated for many awards, and won two SAG awards for the work he did in Mad Men as part of the ensemble. While best known for his work in television, he has made several appearances in films including The Adjustment Bureau, Mona Lisa Smile, Sleepers, Flags of our Fathers, and Charlie Wilson's War. He has also done some narrative work for audiobooks including Falling Man, Stephen King's 2008 novel, Duma Key, and the Ernest Hemingway novel, A Farewell to Arms. In 2013, Slattery wrote and directed the movie, God's Pocket based on the 1983 novel by Pete Dexter. Slattery is an avid athlete who both skis and surfs. He is married to actress Talia Balsam, and the two have a son named, Harry. 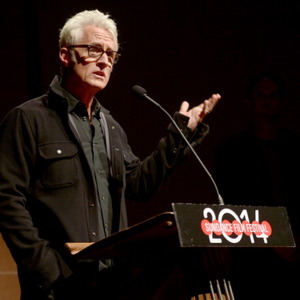