John Shea net worth: John Shea is an American actor and director who has a net worth of $5 million. John Shea's most famous role was probably the character Lex Luthor in Lois & Clark: The New Adventures of Superman. He was also Adam Kane in the series Mutant X, based on the comic book heroes "X-men." This lead to a nomination for the Canadian television award the Gemini for Best Actor. Other television work includes a Nazi in Hitler's S.S.: Portrait in Evil, Robert Kennedy in Kennedy, and guest parts in hits like Sex and the City, Tales from the Crypt and Law and Order. He has appeared in numerous films including Costa-Gavras' Missing with Sissy Spacek and Jack Lemmon. Among other movies, he has appeared in Hussy with Helen Mirren, Stealing Home with Jodie Foster, and A New Life with Alan Alda. He used his versatility to co-write, direct and star in Southie, an independent film of Irish-Americans in Boston. The film won the Best Independent Film award at the Seattle Film Festival in 1998. His stage career includes roles in American Days and Yentl. He was awarded an Obie for The Dining Room. Shea is a New Englander, born in New Hampshire in 1949 and raised on Massachusetts. He has an MFA from Yale in directing from the School of Drama. He has two children with his current wife, Melissa, and one with his first, Laura. Splitting his time between New York City and Nantucket Island, he is one of the founders of the Nantucket Film Festival and Artistic Director of the Nantucket Theatre Workshop. 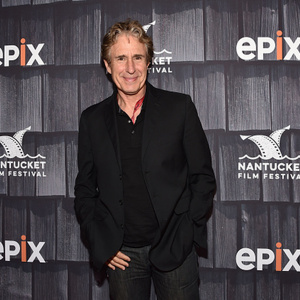