How much is John Schuck Worth?

John Schuck Net Worth: John Schuck is an American actor who has a net worth of $1 million. John Schuck was born in Boston, Massachusetts in February 1940. Schuck acted at the Cleveland Play House, Baltimore's Center Stage, and the American Conservatory Theater. He first appeared in the TV series Gunsmoke from 1969 to 1970 and starred in the film MASH in 1970. From 1971 to 1977 he starred as Charles Enright in the TV series McMillan & Wife. He starred as Gregory "Yoyo" Yoyonovich in the TV series Holmes and Yo-Yo from 1976 to 1977. In 1979 Schuck starred as Sam Alston in the series Turnabout. He starred as Murray in the series The New Odd Couple from 1982 to 1983. Schuck starred as Herman Munster in the TV series The Munsters Today from 1988 to 1991. From 2004 to 2010 he played the recurring role of Chief of Detectives Muldrew in the series Law & Order: Special Victims Unit. He has also starred in the movies Closer to God, The Curse of the Jade Scorpion, Tales from the Crypt: Demon Knight, Pontiac Moon, Holy Matrimony, Star Trek VI: The Undiscovered Country, Dick Tracy, Second Sight, My Mum's a Werewolf, The New Adventures of Pippi Longstockings, Outrageous Fortune, Star Trek IV: The Voyage Home, Finders Keepers, Earthbound, Just You and Me, Kid, Butch and Sundance: The Early Days, and Blade. Schuck won an Award of Excellence for Leading Actor in String of the Kite in 2004. 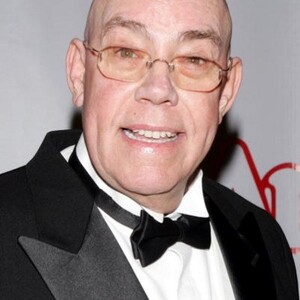