What is John Schneider's Net Worth?

John Schneider is an American actor and country singer who has a net worth of $200 thousand. He is probably most famous for starring as Bo Duke in "The Dukes of Hazzard." Unfortunately, in recent years John has experienced a handful of legal and financial problems that we detail later in the article below.

John Richard Schneider was born in Mount Kisco, New York, on April 8, 1960. He is the youngest of three sons born to Shirley Conklin and John "Jack" Schneider III. However, he only grew up with one sibling, older brother Robert, because his other brother unfortunately died before Schneider's birth. Schneider's father had served in the U.S. Air Force as a pilot.

A born entertainer, Schneider started performing at the age of eight, appearing in magic show for friends and their family. He graduated from school a year early to concentrate on his acting career.

Schneider's professional acting career began when he was just seventeen years old, in 1979, when had landed the role of Bo Duke on the popular show "The Dukes of Hazzard". He would continue in this role until the show ended in 1985, appearing in 127 episodes. The show follows Bo and Luke Duke, two young cousins, and their escapades with their friends and family members.

During the height of the show's success, Schneider was one of the faces of related merchandise. It is exactly his involvement with the show's merchandise though that led to him and his co-star, Tom Wopat, leaving the show during 1982 for several episodes. They were in a dispute with the show's producers over the distribution of merchandising royalties, a dispute that resulted in several legal suits. Eventually, once the situation was resolved, Schneider and Wopat returned to their roles on the show. In addition to starring on "The Dukes of Hazzard", Schneider also tried his hand at directing; he directed the episode "Opening Night at the Boar's Nest", which was actually the series finale. He reprised his role as Bo Duke in subsequent projects related to the show, including the made-for-tv films "The Dukes of Hazzard: Reunion!" (1997) and "The Dukes of Hazzard: Hazzard in Hollywood" (2000).

During his time on "The Dukes of Hazzard", Schneider also starred in several television films, such as "Dream House" (1981),  "Happy Endings" (1983), and "Gus Brown and Midnight Brewster" (1985). He also lent his voice as a voice actor to a few projects, such as the television film "The Raccoons and the Lost Star" (1983) and the animated series "The Dukes" (1983), based on "The Dukes of Hazzard". He also starred in a 2014 commercial for Autotrader.com as Bo Duke, along with Tom Wopat as his character Luke Duke.

In his first big regular role after "The Dukes of Hazzard", Schneider played Jonathan Kent, the adoptive father of Clark Kent, on the show "Smallville" starting in 2001. He was a series regular for the first five seasons of the show, and appeared in 103 episodes. He later returned in season ten of the show, reprising his role as Jonathan Kent, although this time in a smaller, recurring capacity. Additionally, just like with "The Dukes of Hazzard", Schneider not only acted on the show "Smallville", he also directed some of the episodes as well, including the episode "Talisman". 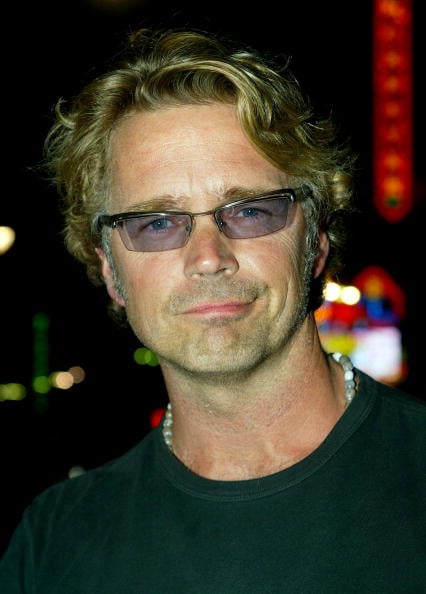 Outside of acting, Schneider was also a successful country singer in the 1980s, producing ten albums to date and eighteen singles – all of which stole the top spot on the Billboard Country singles chart. He was a competitor on season 27 of the popular reality competition show "Dancing with the Stars" in 2018. His professional partner was Emma Slater, and they were the sixth pair to be eliminated from the season.

In 1983, Schneider married his first wife, former Miss America Tawny Elaine Godin. They divorced in 1986. He married his second wife, Elly Castle, in 1993. They have three children together, including Castle's two children from her first marriage. Castle filed for divorce in 2014. In April 2015, Schneider began dating Alicia Allain. Allain is not only the owner of the company Maven Entertainment, but she is also his producing partner and his personal and professional manager. Schneider and Allain married in September 2019.

In February 2018, it was revealed that Schneider was more than $150,000 behind on spousal support payments. He had previously been ordered to pay his ex-wife, Elly Castle, $18,000 per month in support. To remedy the situation, he was ordered to give Castle ownership of a property he owns in Apple Valley, California. Schneider told the judge, "I'm sorry, embarrassed and humiliated to be in this financial situation." His ex-wife has complained to the court that Schneider put himself in this situation by taking "crappy" movie and TV jobs. She also told a judge that Schneider makes around $2,500 to perform a single concert and "squandered" a large portion of his net worth investing in low-budget, poorly produced movies and TV shows. She further claimed that Schneider's primary source of income is an investment property in Louisiana.