John Saxon was born Carmine Orrico in Brooklyn, New York in August 1935. He studied under acting coach Stella Adler and started playing teenage roles in the 1950s. Agent Henry Wilson saw Saxon no the cover of a detective magazine and brought him to Hollywood and changed his name. His first roles were uncredited in the 1954 films It Should Happen to You and A Star is Born.

Saxon appeared in roughly 200 film and television roles during his career. He is best known for his roles in westerns and horror films. One of his best known movies was Enter the Dragon in 1973. Saxon played the role of Roper and starred with Bruce Lee and martial artist Jim Kelly. He appeared in the films A Nightmare on Elm Street, Beverly Hills Cop III, and From Dusk till Dawn. Saxon won a Golden Globe in 1958 for Most Promising Newcomer – Male. He has also appeared in the television shows CSI: Crime Scene Investigation, Masters of Horror, and Murder, She Wrote. In 2008 he married Gloria Martel. He had a son with former wife Mary Ann Saxon. 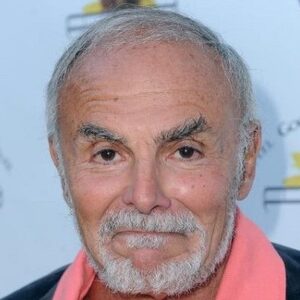