How much is John Rhys-Davies Worth?

John Rhys-Davies net worth: John Rhys-Davies is a Welsh actor who has a net worth of $5 million. John Rhys-Davies was born May 5, 1944 in Ammanford, Carmarthenshire, Wales and was raised in England, Africa, and Wales. He graduated from the University of East Angl. He is best known for playing the dwarf Gimli in "The Lord of the Rings" trilogy and the Arab excavator Sallah in the "Indiana Jones" films. Rhys-Davies had a number of television appearances in the UK in the 1970s, but the role that first brought him widespread notice was his performance as Naevius Sutorius Marco in "I, Claudius." He has appeared in "The Untouchables", "Shogun", "Sliders", Robin of Sherwood", "The Living Daylights", "Aladdin and the King of Thieves", and "SpongeBob SquarePants", among others. During the filming of "The Lord of the Rings" trilogy, Rhys-Davies had a severe allergic reaction to the prosthetics used during filming, with his eyes sometimes swelling shut. It is this reason that kept him from reprising his role in "The Hobbit". Rhys-Davies is known for his distinctive voice. Rhys-Davies has many theater roles to his credit, including "The Misanthrope", "Hedda Gabler" and most of Shakespeare's works. He divides his time between Los Angeles and the Isle of Man. 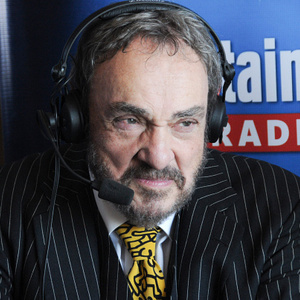