What is John C. Reilly's Net Worth and Salary?

John C. Reilly is an American actor, comedian, voice actor, musician, producer, and screenwriter with a net worth of $50 million. Off-screen, Reilly prefers to remain out of the spotlight. During a multi-decade career John has starred in a number of high-profile films in memorable roles. Some notable films include "Boogie Nights", "Days of Thunder", "Chicago", "Gangs of New York", "The Hours", "Wreck It Ralph", "Step Brothers" and "Talladega Nights".

John Christopher Reilly was born on May 24, 1965, in Chicago, Illinois. The fifth of six children, Reilly was raised Roman Catholic in the Chicago Lawn neighborhood and told Cinema Blend that "like most Irish Americans I'm very proud of that part of my heritage." Reilly is named after his father, John Reilly, who added the middle name Christopher to avoid making his son a junior.

Reilly attended Brother Rice High School, an all-male Catholic private school in Chicago. He was a frequent trouble-maker, often ending up in the principal's office. While he had no ambitions to become an actor, once he began performing in plays, he discovered that he enjoyed it and had found his community.

In 1978, Reilly graduated from The Theatre School (then named Goodman School of Drama) at DePaul University in Chicago with a BFA in Acting.

Reilly made his credited film debut in Brian De Palma's 1989 film "Casualties of War". He was originally cast for a small role in a single scene, but due to actors being fired he changed roles twice, ultimately portraying Private First Class Herbert Hatcher. He gained visibility over the next few years as he appeared in several films alongside stars such as Tom Cruise in "Days of Thunder", Jack Nicholson in "Hoffa", and Kevin Bacon and Meryl Streep in "The River Wild".

Reilly uses his middle initial professionally because there was another John Reilly in the Screen Actors Guild when he joined.

After "Casualties of War", Reilly continued booking roles in multiple films nearly every year, including the 1996 film "Hard Eight" which he starred in alongside Gwyneth Paltrow and Samuel L. Jackson. The film was written and directed by Reilly's friend, Paul Thomas Anderson. Reilly collaborated with Anderson in two subsequent films: "Boogie Nights" in 1997 and "Magnolia" in 1999.

Reilly's big break came in the form of the 2000 biographical disaster movie "The Perfect Storm". The film was a box office success, grossing $328.7 million worldwide on a budget of $120 million.

In 2002, three out the four films Reilly appeared in were nominated for the Academy Award for Best Picture: "Gangs of New York", "The Hours", and "Chicago" (the winner). For his role in "Chicago", he was nominated for the Academy Award for Best Supporting Actor and the Golden Globe for Best Supporting Actor. Along with his fellow "Chicago" castmates, he won the Screen Actors Guild Award for Outstanding Performance by a Cast in a Motion Picture. 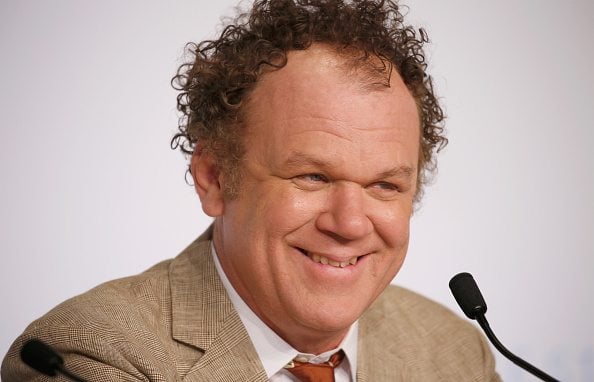 By 2006, Reilly had 35 film roles under his belt, many of which were in drama and crime films. While he had appeared in comedy movies before, his first major role in a comedy film was Cal Naughton Jr. in the successful 2006 sports comedy "Talladega Nights: The Ballad of Ricky Bobby", which starred Will Ferrell.

Beginning in 2007, Reilly made frequent appearances on Adult Swim's sketch comedy program "Tim and Eric Awesome Show, Great Job!" as Dr. Steve Brule, an inept doctor and TV presenter.  After the show ended in 2010, Reilly reprised his role in the spin-off show "Check It Out! with Dr. Steve Brule". Reilly stars in, writes, and produces the show, which is a parody of 80s public-access shows. While the show received positive critical reviews, Adult Swim did not renew it for a fifth season.

In 2012, Reilly voiced the title character in the Disney animated film "Wreck-It Ralph". The film was a box office success and Reilly reprised his starring role in the 2018 sequel "Ralph Breaks the Internet". He had a small role in Marvel's 2014 blockbuster "Guardians of the Galaxy" as a Nova Corps corpsman. He was an ensemble cast member in the 2017 monster film "Kong: Skull Island". Several critics singled out Reilly's role for praise, including Variety's Owen Gleiberman, who described Reilly's character Hank Marlow as "the other thing that keeps the movie popping," and RogerEbert.com's Matt Zoller Seitz, who wrote that Reilly's character "steals the film instantly and never gives it back."

Reilly is also known as a talented stage actor. He appeared in numerous local and school productions while growing up in Chicago. He was nominated for a Tony Award for Best Actor in a Play for his role in the 2000 Broadway production of "True West". He and Philip Seymour Hoffman alternated between playing the two lead characters. In 2010, Reilly announced his desire to play Nathan Detroit in a future revival of "Guys and Dolls". He also participated in a staged reading of "8", a play by Dustin Lance Black about the federal trial that overturned California's Prop 8 ban on same-sex marriage. The performance was held to raise money for the American Foundation for Equal Rights, the non-profit organization that financially supported the plaintiffs in the Prop 8 trial. 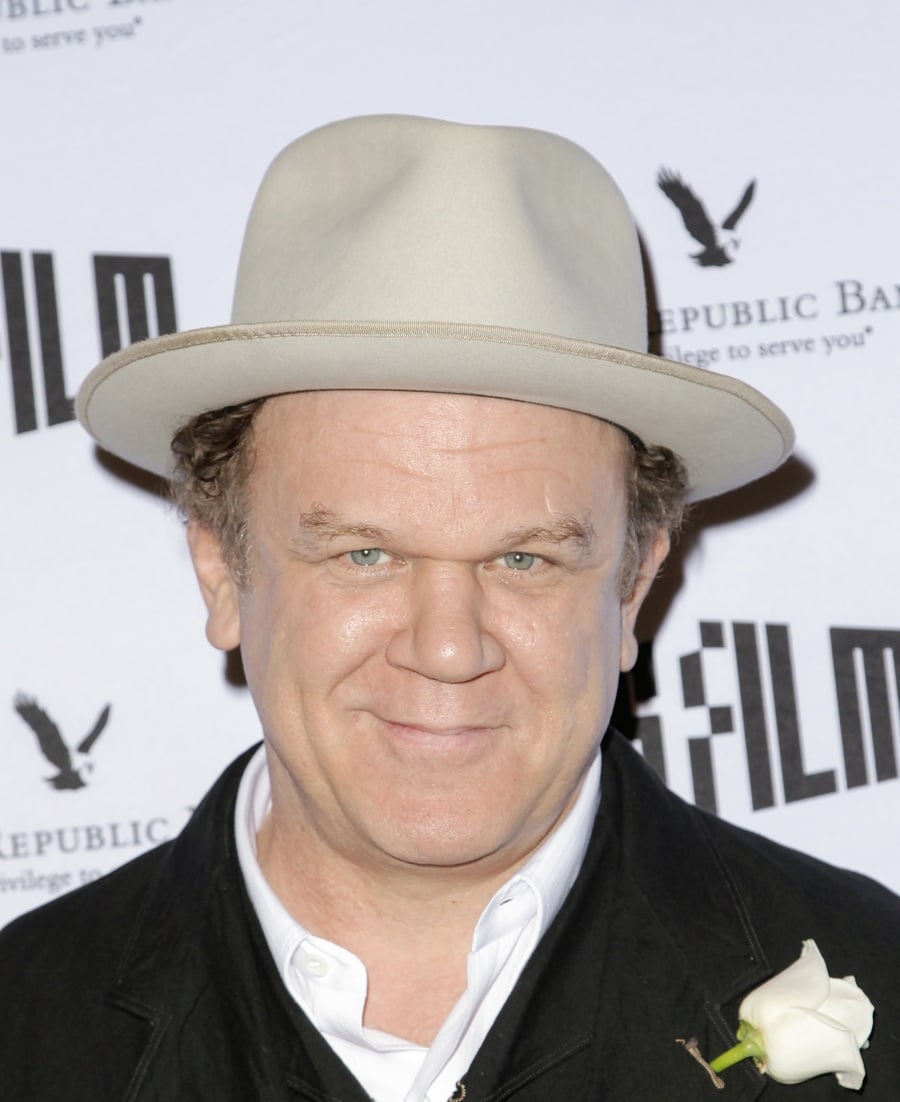 Reilly began working in the music industry in 1998 when he played Russell Simins of the band The Jon Spencer Blues Explosion in their video, "Talk About The Blues". In 2007, Reilly was a vocalist and songwriter on the soundtrack for "Walk Hard: The Dewey Cox Story", a biopic parody in which he also starred as the titular character. Reilly played guitar on most of the tracks and sang on all of them. The soundtrack was nominated for both a Grammy and a Golden Globe Award. He toured in-character as Dewey Cox with his band The Hard Walkers for the "Cox Across America Tour" with stops in seven cities.

In 2011, he recorded two singles that were released by American singer Jack White's Third Man Records. He has appeared in music videos for a number of artists, including Mr. Oizo and A$AP Mob.

He is currently a member of the band "John Reilly and Friends".

Reilly met his wife, Alison Dickey, on the set of his first film, "Casualties of War". Dickey was Sean Penn's assistant and the two became friends. The couple married in 1992 and have two sons: Leo, born in 1998, and another, whose name is not published, born in 2001. In a 2008 interview with People, Reilly shared that he "dreads the day when they [his kids] will leave the house" and "I love every minute of being with them." 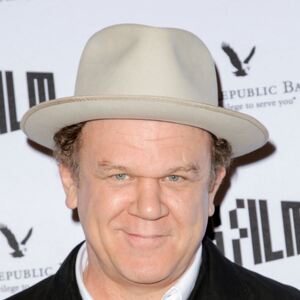