What is John Ratzenberger's net worth and salary?

John Ratzenberger is an American actor who has a net worth of $50 million. John Ratzenberger is most known for his role of pretentious blowhard bar fly Cliff on the long-running comedy series "Cheers." Also an avid entrepreneur, and has lent his voice to various animated Pixar films. In fact, he has voice acted in every single Pixar film to date.

He was born on Easter Sunday, April 6, 1947, in Bridgeport, Connecticut. His mother, Bertha, worked for Remington Arms and his father Dezso was a Texaco truck driver. He is of Austrian, Hungarian, and Polish descent. Ratzenberger attended St. Ann's School in Bridgeport and then Sacred Heart University in Fairfield, Connecticut. In 1969, he worked as a tractor operator at the Woodstock festival. Ratzenberger moved to London the next year and stayed there for a decade.

Ratzenberger was working as a house framer in London when he began his acting career. Throughout the 1970s, he performed in a comedic theatrical dup called Sal's Meat Market with Ray Hassett. In the later part of the 1970s he began taking on small background roles, before working his way up into larger parts. His first film role was in 1976's "The Ritz" and he played a patron in the movie. He also appeared in various minor roles in major feature films including: "Firefox; A Bridge Too Far," as Lieutenant James Megellas; "Superman," as a missile controller; "Superman II," as the NASA control man; "Star Wars: The Empire Strikes Back" as Major Derlin; "Motel Hell" as a drummer; "Outland" as a mine worker named Tarlow; and "Gandhi." In the latter, he played an American lieutenant and his voice was dubbed over by Martin Sheen.

Ratzenberger's big break came when he landed the role of mail carrier Cliff Clavin on the sitcom "Cheers." He had auditioned for the part of Norm Peterson but got a sense after the audition that they would not be offering the part to him. Sensing an opportunity, Ratzenberger came up with the idea of introducing a "bar know-it-all" character, which the producers thought was a great idea. He also came up with the idea for Cliff's signature white socks. His character became known for telling outlandish stories full of plausible half-truths, boring trivia, and misinformation. Ratzenberger also provided the voice for an animated Cliff in an episode of "The Simpsons" season six.

Ratzenberger was nominated for an Emmy for  Outstanding Supporting Actor in a Comedy Series in 1985 and again in 1986. Paramount Television licensed the look of the "Cheers" bar for Marriott Services use in airports across the U.S. and New Zealand and they also created animatronic barflies to resemble Cliff.

At the peak of his time on "Cheers" John Ratzenberger earned $200 thousand per episode. That worked out to around $5 million per season. After adjusting for inflation, that's the same as earning around $10 million per year in today's money.

Ratzenberger has had a voice part in all of Pixar's feature films. Some of his most notable voice appearances include Hamm the Piggy Bank in the "Toy Story" films, Mack the truck in the "Cars" series, and John in "Wall-E." Other notable voices include Fritz in "Inside Out" and Bill the Crab in "Finding Dory." In 2020, he appeared as Fenwick the construction worker in "Onward."


John Ratzenberger has one of the highest box office totals of any actor in history. This is largely due to the fact that he has appeared in every single Pixar movie ever, but it also didn't hurt that John had a small role in 1980's Star Wars Episode V: The Empire Strikes Back. As of this writing, John's total worldwide box office revenue to date tops $6 billion. The number one highest-grossing actor is Samuel L. Jackson who has a box office total of $7 billion.

He has also appeared on various reality shows including "Last Comic Standing," "Dancing with the Stars," American Chopper," and "Hell's Kitchen." 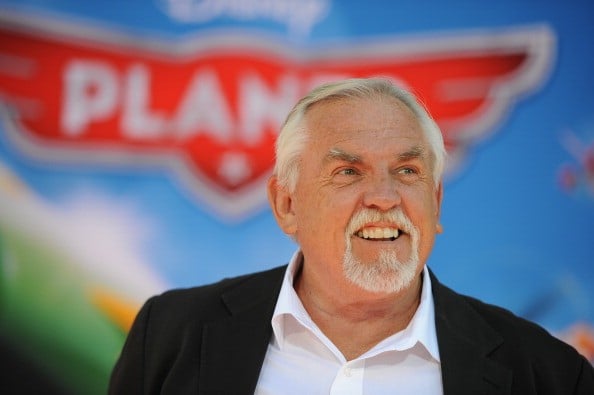 In 1998, he co-founded a manufacturing company called Eco-Pak Industries. Through the company, Ratzenberger developed packaging alternative products made from biodegradable and non-toxic recycled paper as a safe alternative to plastic bubble wrap and foam packing peanuts. In 1992, he sold the company to Ranpak Corp.

He also founded the Nuts, Bolts, and Thingamajigs Foundation, which is dedicated to raising awareness among young people of skilled trades. In 2010, Ratzenberger became a representative for the non-profit Center for America, to further develop his work and increase awareness about the skilled worker shortage facing the United States, and the changes needed to impact and increase the number of skilled workers available. He became a board member that same year. The mission of the organization is to "educate, motivate, and empower the American people to understand they have the greatest stake in removing obstacles to a fair civil justice system, innovation, entrepreneurism, and job creation."\

In 2016, Ratzenberger launched thegiftbox.com, an e-commerce site that allows customers to subscribe to a variety of monthly subscription boxes. In April 2020, he announced that he had co-founded American Made Advertising, a company that aims to offer free advertising and marketing help to companies who had been hurt by the economic fall as a result of the COVID-19 pandemic.

Ratzenberger is very vocal within the political community, often lending his support to Republican candidates, including John McCain. In fact, he considered running for Senate in the 2012 Connecticut primaries. He also had a 19-year marriage to Georgia Stiny, before divorcing in 2004. The couple has two children together, James John, who was born in 1987 and Nina Katherine, who was born in 1989. 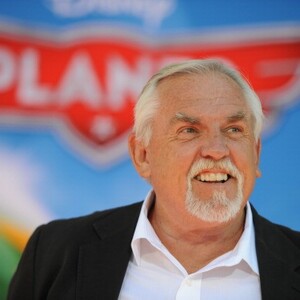