How much is John Quinones Worth?

John Quinones Net Worth: John Quinones is an ABC News correspondent who has a net worth of $2 million. Born Juan Manuel Quiñones on May 23, 1952, in San Antonio, Texas, US, he has been with the network more than 30 years, currently serving as the correspondent for "Primetime: What Would You Do?". Prior to becoming ABC's first Latino correspondent and a seven-time Emmy Award winner, Quinones has forged his own path in a world ruled by misconceptions and prejudice. Even though he did not learn English until he started school at age 6, young Quinones understood the importance of knowledge at an early age and turned out to be an excellent student. After high school he attended St. Mary's University, where he earned his BA in Speech Communication. But that didn't mean Quinones's education come to an end. His next stop was Columbia University's School of Journalism. Once he received his MA degree, Quinones started his career at KTRH in Houston, Texas, where he was a radio news editor from 1975 to 1978. Meanwhile, he also worked as an anchor-reporter for KPRC-TV. It was in 1982, when he became a general assignment correspondent with ABC News, located in Miami. Soon, he was reporting for all ABC News programs such as 20/20, Good Morning America, World News with Diane Sawyer and Nightline. As of today, he is a co-anchor of the ABC News program, Primetime: What Would You Do? that captures the way people react when confronted with dilemmas that compel them to either take action or walk away. 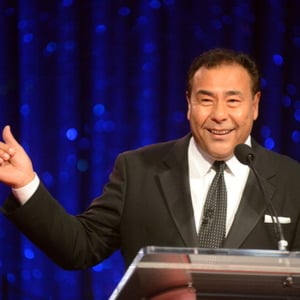