How much is John Payne Worth?

John Payne net worth and salary: John Payne was an American actor who had a net worth equal to $50 million at the time of his death in 1989. John Payne was born in Roanoke, Virginia in May 1912 and passed away in December 1989. He mainly starred in film noir crime stories and worked for 20th Century Fox. One of his best known roles came starring as Vint Bonner on the television series The Restless Gun from 1957 to 1959. Payne is also known for starring as Fred Gailey in the film Miracle on 34th Street in 1947. He starred in several films including Dodsworth, Hats Off, Fair Warning, Love on Toast, College Swing, Garden of the Moon, Wings of the Navy, Indianapolis Speedway, Kid Nightingale, Star Dust, King of the Lumberjacks, Tear Gas Squad, Maryland, The Great Profile, Tin Pan Alley, The Great American Broadcast, Sun Valley Serenade, Week-End in Havana, Remember the Day, To the Shores of Tripoli, Footlight Serenade, Iceland, Springtime in the Rockies, The Dolly Sisters, The Razor's Edge, El Paso, Tripoli, Kansas City Confidential, Raiders of the Seven Seas, Rebel in Town, and more. Payne received stars on the Hollywood Walk of Fame for Motion Picture and Television in 1960. He was married three times including to Anne Shirley and Gloria DeHaven. John Payne passed away on December 6, 1989 at 77 years old. 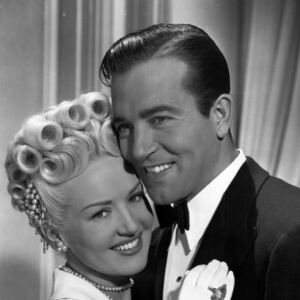