How much is John Pankow Worth?

John Pankow Net Worth: John Pankow is an American actor who has a net worth of $3 million. John Pankow was born in St. Louis, Missouri in April 1957. Pankow attended Northeastern Illinois University. He first appeared in the television series Great Performances in 1980. Pankow's debut feature film role came in 1981's The Chosen. From 1990 to 1991 he starred as Ron Luchesse in the TV series The Days and Nights of Molly Dodd. One of John's best known roles came starring as Ira Buchman in the TV series Mad About You from 1993 to 1999. Since 2011 Pankow has starred as Merc Lapidus in the television series Episodes. He has also starred in the movies To Live and Die in L.A., *batteries not included, The Secret of My Success, Monkey Shines, Talk Radio, Mortal Thoughts. Year of the Gun, A Stranger Among Us, The Object of My Affection, Life as a House, Bride Wars, The Extra Man, and Morning Glory. For Mad About You Pankow was nominated for four Screen Actors Guild Awards. He is also a stage actor in New York and has appeared in many productions including Amadeus, Henry V, The Iceman Cometh, The Tempest, Taming of the Shrew, and Much Ado About Nothing. 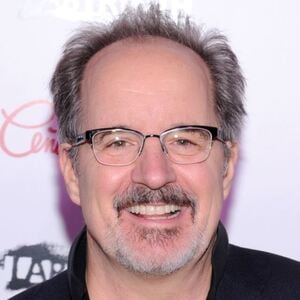