John Ortiz was born May 23, 1968 in Brooklyn, New York. He made his film debut in 1993's Carlito's Way, playing the role of Al Pacino's young cousin Guajiro. He would go on to appear in dozens of movies. Other notable films include El Cantante, Take the Lead, Before Night Falls, Amistad, Ransom, Aliens vs. Predator: Requiem, Pride and Glory, Public Enemies and Fast & Furious, and Jack Goes Boating and Narc. He also appeared in Ridley Scott's American Gangster, as Russell Crowe's partner Javy Rivera and in Michael Mann's Miami Vice as drug lord Jose Yero. John had a small but important role in The Oscar-nominated Silver Linings Playbook, based on the book of the same name by Matthew Quick.

On television John Ortiz played the lead in J.J. Abrams' Hope Against Hope for HBO. He was a series regular on Denis Leary's The Job and the NBC cop drama Blue Blood.

In 2009 he acted opposite Philip Seymour Hoffman as Iago in an off-Broadway production of Othello. In December 2012, he starred as Jackie in the Stephen Adly Guirgis play The Motherfucker with the Hat at Chicago's Steppenwolf Theatre Company. John Ortiz is married to Jennifer Ortiz and they have one child. 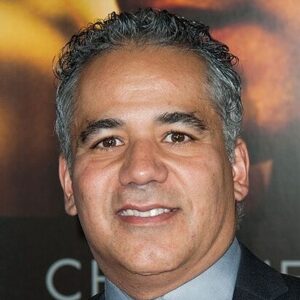