John Newton net worth: John Newton is an American actor who has a net worth of $500 thousand. John Newton was born in Chapel Hill on December 29, 1965. His full birth name is John Haymes Newton. Even though he has worked on numerous TV and motion movies he is mainly known for his performances in the television series Superboy (1988) and on Melrose Place (1998-1989).

Before he could find work on TV or the movies he spent almost four years acting and learning in theaters in New York City. He got his first break in 1988 when he was hired to play Clark Kent. Lyn Stalmaster, the casting mogul is the one that accidentally spotted him and gave him that role. Due to the many changes the producers did to the show he was replaced during the second season. He was replaced by Gerard Christopher. However, as it turned out Superboy launched his career as an actor.

Afterwards he became regular on the TV shows The Untouchables and Melrose Place. He appeared as a guest star on show such as "Vegas", "CSI Miami", "Nash Bridges", "Tru Calling", "Desperate Housewives", "The Mentalist", "Viper", "Models Inc" and "Walker, Texas Ranger". He worked on several motion pictures. Some of his best movies are "Cool as Ice", "Desert Kick boxer", "Goodbye America", "SS Doom trooper", "Yesterday was a lie". In 2011, together with his wife Jennifer worked on Robb Pratt's animated movie "fan film Superman classic". They landed their voice to Clark and Luis respectively. His last movie is called "Evidence" and was released in 2013. There he played along Caitlin Stacey and Radha Mitchell. Nowadays, John lives with his Wife Jennifer who works as an actor as well and with whom he has one child. They have been married since October 7th till present day. 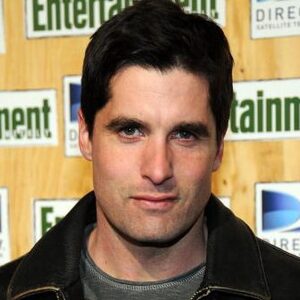