How much is John C. McGinley Worth?

John C. McGinley Net Worth and Salary: John C. McGinley is an American television and film actor who has a net worth of $10 million. Famous for roles in television projects such as "Scrubs" and in movies like "Office Space," McGinley has truly made his mark on the entertainment world. Outside of his substantial acting career, John has branched off into producing and writing for various film and TV projects. In terms of activism, he is widely renowned for his work with Down syndrome charities and organizations, such as the Global Down Syndrome Foundation and the National Down Syndrome Society.

Early Life: John C. McGinley was born on August 3rd of 1959 in Greenwich Village, New York. Raised in Millburn, New Jersey alongside four siblings by a schoolteacher and a stockbroker, McGinley excelled on the football field during his high school years. Although he was a skilled wide receiver, John eventually veered towards the performing arts. After studying acting at Syracuse University, he was accepted into the widely-renowned Tisch School of the Arts at New York University.

Career: John C. McGinley started his acting career with a variety of both TV and theater roles. These included a number of Broadway and off-Broadway productions. McGinley also gained early success in television with a recurring role on the soap opera "Another World" for two years. In 1984, John's career took a major step forward after he signed up as an understudy for John Turturro in a Broadway production of "Danny and the Deep Blue Sea." Luckily for McGinley, Oliver Stone spotted him during one performance and requested that he audition for his new film, "Platoon."

This sparked a multi-decade series of collaborations between Stone and McGinley, starting with "Platoon." The iconic Vietnam war film won a number of awards, including four Academy Awards. "Platoon" was also a commercial success, having grossed almost $140 million on a budget of $6 million. McGinley played a major role in the ensemble cast, and it helped him break through as an actor – despite him booking his first film role earlier that year in "Sweet Liberty." "Platoon" was the first of a trilogy of Vietnam films directed by Oliver Stone, and John also appeared in the second film, "Born on the Fourth of July."

McGinley collaborated with Oliver Stone again one year after "Platoon" with "Wall Street." Oliver Stone then cast him twice more in 1988's "Talk Radio," and in 1989's "Born on the Fourth of July," completing a four-year string of Stone and McGinley working together. John wrapped up the 80s with a variety of different achievements, including commercial work, an appearance on the celebrity segment of "American Gladiators," and writing the 1990 film "Suffering Bastards."

After also appearing in "Suffering Bastards," McGinley worked consistently throughout the 90s. One major appearance was in the 1991 film "Point Break" alongside Keanu Reeves. John played an FBI agent in the movie, which grossed over $83 million at the box office and became a cult hit. Also in 1991, McGinley appeared in "Highlander II: The Quickening." In 1992, he followed up with "Article 99" before following up two years later with "Wagons East."

In 1995, McGinley booked a starring role in the film "Seven" alongside Brad Pitt and Morgan Freeman. The film was a massive commercial hit, grossing over $327 million worldwide. "Seven" also received strong reviews and was nominated for an Academy Award. In addition, the film won a Saturn Award for Best Writing. A year later, McGinley followed up with "The Rock," and then the film "Set It Off." Towards the end of the decade, John appeared in the film "Nothing to Lose."

Another iconic role for McGinley came with 1999's "Office Space." John played Bob Slydell, an office employee with a strange obsession with Michael Bolton. Despite later becoming a cult hit, "Office Space" was a box office disappointment and grossed just over $12 million on a budget of $10 million. However, Mike Judge's film later achieved cult status and generated strong home video sales. John C. McGinley is also known for his small role in the film "Wild Hogs," in which he played a gay highway patrolman.

Outside of his mainstream film work, John C. McGinley has been a regular fixture in a number of independent films over the years. In 2016, he starred in three separate independent films; "The Belko Experiment," "The Good Catholic," and "Rounding Third." Other independent films of note include "Crazy as Hell," "Johns," and "Two Tickets to Paradise."

In terms of television work, John has been equally prolific. One of his first major TV roles came in 1997 with the drama miniseries "Intensity." After appearing in the series "Sole Survivor," McGinley booked the role of Dr. Perry Cox in the series "Scrubs." This became one of his most widely-popular roles. In 2012, McGinley joined the cast of "Burn Notice" as a CIA trainer. In 2016, he also booked a major role in the series "Stan Against Evil."

In addition, John C. McGinley is an accomplished voice actor, having voiced characters in series such as "Clone High," "Kim Possible," "Spider-Man: The New Animated Series," "Justice League Unlimited," "The Boondocks," "Robot Chicken," and many others. John also appeared in a range of Broadway productions over the course of his career, including a 2013 Broadway revival of "Glengarry Glen Ross," which he has referred to as one of the high points in his entire life.

Relationships: In 1997, John C. McGinley married Lauren Lambert. Later that year, they had their first child together. It was later revealed that his child had Down syndrome. Ever since the birth of his first child, he has been a very active and outspoken participant in various Down syndrome charities and organizations. John and Lauren divorced in 2001.

In 2006, he became engaged to Nichole Kessler, a yoga instructor. The pair were married later that year, and they have two daughters together.

Brand Endorsements: John C. McGinley has endorsed a number of brands over the years. He has appeared in commercials for brands like Subaru, Miller Lite, State Farm, and others. He has also appeared in advertisements for the Champions Tour.

Real Estate/Investments: In 1994 John paid $650 thousand for a house in Malibu, California. Today the home is likely worth around $4 million.

McGinley and fellow actor Willem Dafoe have an ownership interest in one of Billy Gilroy's New York SoHo bistros. He is an avid fan of the Detroit Red Wings. 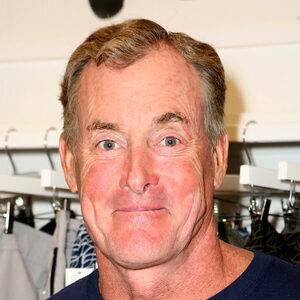