How much is John Mallory Asher Worth?

John Mallory Asher net worth: John Mallory Asher is an American writer, actor, cinematographer, and director who has a net worth of $3 million dollars. John Mallory Asher was born in Los Angeles, California, and has found success both in front of, and behind, the camera. The child of a director and actress, he grew up around show business, and made his professional on-camera debut in 1990 with a guest starring role on "Beverly Hills, 90210". From there, he went on to appear in such projects as "Over My Dead Body", "Married… with Children", "The Haunted", "Designing Women", "Who's the Boss", "Step by Step", "The Young Indiana Jones Chronicles", and "Double Dragon". He is most widely recognized for his co-starring role on the series, "Weird Science". In 1996, he began adding directing credits to his resume, beginning with the film, "Kounterfeit", starring then relative unknown, Hilary Swank. He now focuses primarily on directing work. John Mallory Asher was married to former Playboy model Jenny McCarthy from 1999 to 2005, they have a son together named Evan Joseph. Jenny has made headlines over the years as an advocate for autistic issues after Even was diagnosed with the condition. They divorced amicably in September 2005. Previously, John had been married to an actress named Vanessa Lee Asher from 1994 – 1996. 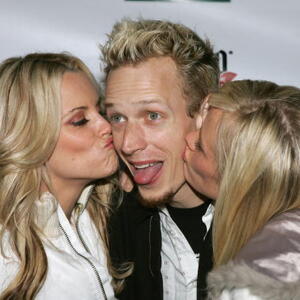