What is John Lithgow's Net Worth?

John Lithgow is an American actor, author, and musician who has appeared in a wide range of films, television shows, and theatrical productions. John Lithgow has a net worth of $50 million. On the small screen, he is known for his award-winning roles on the sitcom "3rd Rock from the Sun" and the Netflix historical drama "The Crown." Lithgow's film credits include "The World According to Garp," "Footloose," and "Love is Strange," while his stage work includes Tony-winning performances in "The Changing Room" and "The Sweet Smell of Success."

John Lithgow was born in 1945 in Rochester, New York to Sarah, a retired actress, and Arthur, a theatrical producer and director. He is of European-American ancestry, and is a descendant of eight Mayflower passengers. Due to his father's job, Lithgow frequently moved around the country with his family, settling for a while in Yellow Springs, Ohio. There, he and his siblings were babysat by activist Coretta Scott King. As a young teenager, Lithgow lived in Akron and Lakewood, Ohio. He then moved to Princeton, New Jersey, where he went to Princeton High School. Following this, he attended Harvard College, graduating magna cum laude in 1967 with a degree in history and literature. After his graduation, Lithgow received a Fulbright Scholarship to study at the London Academy of Music and Dramatic Art.

In 1973, Lithgow began his esteemed acting career on Broadway. An immediate success, he earned a Tony Award for his debut performance in David Storey's "The Changing Room." The next year, Lithgow starred in the comedy play "My Fat Friend" opposite Lynn Redgrave. Later, in 1976, he starred opposite Meryl Streep and Tom Hulce in Arthur Miller's "A Memory of Two Mondays." Lithgow's other credits during the decade include "Secret Service," "Comedians," "Anna Christie," and "Once in a Lifetime." In the early 80s, he was in "Salt Lake City Skyline" and "Division Street." Lithgow then appeared in "Kaufman at Large," "Beyond Therapy," and Rod Serling's "Requiem for a Heavyweight." In the late 80s, he starred in "The Front Page" and David Henry Hwang's "M. Butterfly."

Following a 12-year hiatus from the stage, Lithgow returned to great acclaim in the 2002 musical adaptation of "Sweet Smell of Success." For his performance as J. J. Hunsecker, he won the Tony Award for Best Leading Actor in a Musical. Another Tony nomination came in 2005 for Lithgow's performance in the musical "Dirty Rotten Scoundrels"; however, he lost to his costar Norbert Leo Butz. A couple years later, Lithgow made his Royal Shakespeare Company debut in a production of "Twelfth Night." He has continued to star on Broadway, appearing in such acclaimed plays as "A Delicate Balance" and "Hillary and Clinton."

Lithgow made his feature film debut in 1972's "Dealing: Or the Berkeley-to-Boston Forty-Brick Lost-Bag Blues." Later in the decade, he had significant roles in Brian De Palma's psychological thriller "Obsession," the political comedy "The Big Fix," and the Bob Fosse musical "All That Jazz." Lithgow continued to flourish on the big screen in the 80s. After appearing in "Blow Out" and "I'm Dancing as Fast as I Can," he had a critically-acclaimed role as transgender ex-football player Roberta Muldoon in "The World According to Garp." For his performance, Lithgow received an Academy Award nomination for Best Supporting Actor. He earned another nomination in the same category the next year for his performance in "Terms of Endearment." Among Lithgow's other credits in the 80s are "The Adventures of Buckaroo Banzai Across the 8th Dimension," "Santa Claus: The Movie," "The Manhattan Project," "Harry and the Hendersons," and "Out Cold." 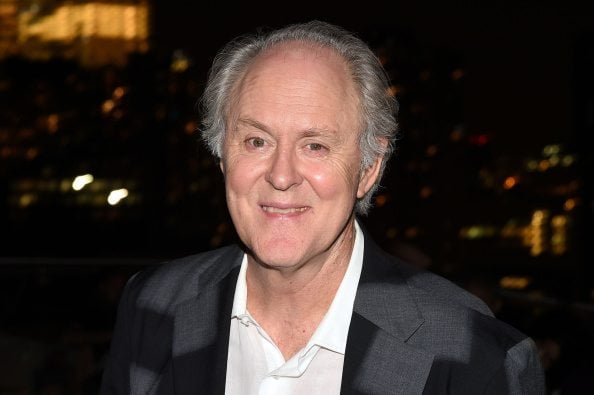 In the early 90s, Lithgow starred in the action crime thriller "Ricochet" opposite Denzel Washington. He also played missionary Leslie Huben in the literary adaptation "At Play in the Fields of the Lord," and starred as a man with multiple-personality disorder in Brian De Palma's "Raising Cain." More big roles in the 90s came in "The Wrong Man," "The Pelican Brief," "Love, Cheat & Steal," "Cliffhanger," "Hollow Point," "Homegrown," and "A Civil Action." In the 2000s, Lithgow's notable credits include "Kinsey," "Dreamgirls," and "Shrek," in the lattermost of which he voiced the character of Lord Farquaad. Later, in the 2010s, Lithgow earned recognition for his performances in the LGBTQ romantic drama "Love is Strange"; the science-fiction drama "Interstellar"; the political thriller "Miss Sloane"; the dramedy "Beatriz at Dinner"; and "Bombshell," in which he portrayed disgraced television executive Roger Ailes.

Early in his television career, Lithgow received an Emmy Award nomination for the 1983 television film "The Day After." He went on to earn more nominations for his performances in the anthology series "Amazing Stories" and the television film "Resting Place."

In the 90s, Lithgow began his biggest and most famous television role on the NBC sitcom "3rd Rock from the Sun," starring as the alien High Commander Dick Solomon. The actor earned six consecutive Emmy Award nominations for his performance, winning three times. Later on, Lithgow drew acclaim for his recurring roles on shows such as "Dexter," "How I Met Your Mother," and "Once Upon a Time in Wonderland." He garnered yet more notice for his portrayal of Winston Churchill on the Netflix historical drama "The Crown," winning yet another Emmy.

Beyond acting, Lithgow has created numerous children's books, including "Marsupial Sue," "Carnival of the Animals," and "I Got Two Dogs." He has also recorded albums for children such as "Singin' in the Bathtub" and "Farkle and Friends."

As a satirical author, Lithgow published the poetry collection "Dumpty: The Age of Trump in Verse" in 2019. A follow-up book, "Trumpty Dumpty Wanted a Crown," was released the next year.

In 1966, Lithgow married his first wife, teacher Jean Taynton. They had a son named Ian, and divorced in 1980 following Lithgow's affair with actress Liv Ullmann. Subsequently, Lithgow wed UCLA history professor Mary Yeager, with whom he has two children: Nathan and Phoebe. 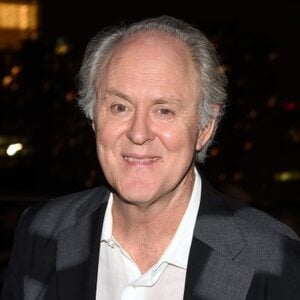