What is John Krasinski's Net Worth and Salary?

John Krasinski is an American actor, writer, and director who has a net worth of $80 million dollars. That is a combined net worth with his wife, actress Emily Blunt. Their combined fortune is almost equally attributable, with John being responsible for a slightly higher share.

Krasinski first gained recognition for his work as Jim Halpert on NBC sitcom "The Office," a role that earned him 2 Online Film & Television Association Awards for Best Supporting Actor in a Comedy Series as well as several "Best Ensemble" awards that he shared with his cast. John reportedly earned $20,000 per episode during the show's first 3 seasons, then began making $100,000 per episode in season 4. Krasinski has been playing the title role on Amazon Prime's "Jack Ryan" since 2018, and his horror film "A Quiet Place" (which he starred in, co-wrote, and directed) was a hit with both critics and audiences, grossing $340.9 million worldwide.

John Krasinski was born John Burke Krasinski on October 20, 1979, in Newton, Massachusetts. He grew up in a Catholic household with mother Mary (a nurse), father Ronald (an internist), and older brothers Paul and Kevin. In sixth grade, John played Daddy Warbucks in a school production of "Annie." He attended Newton South High School with B.J. Novak, who would later co-star on "The Office" with John, and when they were seniors, he appeared in a play that was written by Novak. Krasinski graduated in 1997 and spent the summer teaching English in Costa Rica. He studied playwriting at Brown University and earned a Bachelor of Arts in English in 2001; Brown also gave him an honorary degree in 2019. As a college student, John joined sketch comedy group Out of Bounds and coached youth basketball. After graduation, he studied at Connecticut's National Theater Institute, England's Royal Shakespeare Company, and New York's Actors Center.

Krasinski moved to New York to focus on his acting career, appearing in off-Broadway play readings as well as commercials and guest-starring roles on television shows. In 2002, he interned on "Late Night with Conan O'Brien" as a scriptwriter. The show was a popular starting point for future stars of "The Office" – Mindy Kaling and Ellie Kemper also worked as interns for Conan. In 2004, he got his big break when he was cast in the American version of Ricky Gervais' workplace sitcom "The Office" as Jim Halpert, a charming sales rep who (along with Jenna Fischer) would become part of one of the most beloved couples in television history. "The Office" ran from 2005 to 2013, and in addition to starring on the show, Krasinski directed 3 episodes and filmed the Scranton footage that appears in the opening credits.

John has kept busy since "The Office" ended, directing, producing, and starring in "The Hollars" (2016) and "A Quiet Place" (2018) and appearing in "13 Hours: The Secret Soldiers of Benghazi" (2016) and "Detroit" (2018) as well as co-creating and producing "Lip Sync Battle," which has been airing since 2015. He also served as an executive producer on 2016's "Manchester by the Sea," which was based on Krasinski's idea and was nominated for 6 Academy Awards. In 2018, he began starring on Amazon Prime's "Jack Ryan," a political thriller that earned him a Screen Actors Guild Award nomination. During 2020's Coronavirus pandemic, John created YouTube web series "Some Good News," which focused on spreading good news during a stressful, uncertain time. The show's 8 episodes have drawn more than 72 million views, and Krasinski sold the series to ViacomCBS in May 2020; though he will still produce "Some Good News," a new host will be taking over in the second season. "A Quiet Place Part II" was scheduled to be released in theaters in March 2020, but it has been postponed until September due to the pandemic. 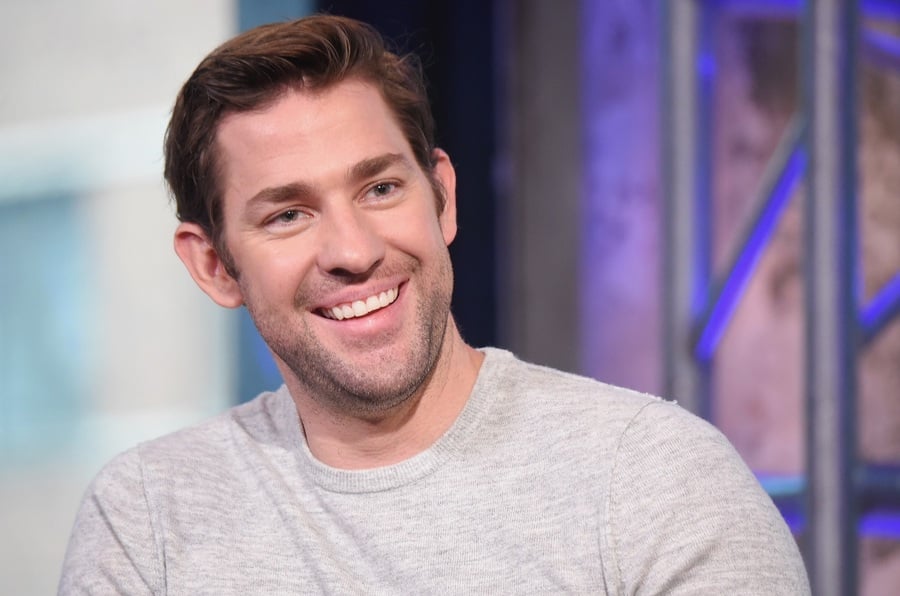 John began a relationship with English actress Emily Blunt in November 2008, and they got engaged in August of the following year. The couple wed in a private ceremony on July 10, 2010, at George Clooney's former estate in Como, Italy, and they welcomed daughters Hazel and Violet in 2014 and 2016, respectively. Krasinski is a sports fan and follows the Boston Red Sox, Boston Bruins, and New England Patriots.

John has received several awards for his work, including ensemble awards for "The Office" from the Screen Actors Guild (2007 and 2008) and the Gold Derby Awards (2007). "A Quiet Place" earned him a Critics' Choice Award for Best Sci-Fi/Horror Movie, an IGN People's Choice Award for Best Director, a Los Angeles Online Film Critics Society Award for Best Original Screenplay, and a Saturn Award for Best Writing. Krasinski was included on "Time" magazine's 2018 list of the world's 100 most influential people, and he has been featured in "People" magazine's annual "Sexiest Man Alive" issue 4 times.

In July 2016, Krasinski and Blunt sold their Hollywood Hills home to Kendall Jenner for $6.5 million, and a few months later, they moved into a pre-war townhouse in Brooklyn; they paid $6 million for the 6-bedroom townhouse and spent $300,000 on renovations before moving in. The couple sold the home for $6.5 million in 2018, and the following year, they bought an entire floor in a Brooklyn condominium for $11 million. The also previously owned a 5-acre property in Ojai, California which they sold for $2.4 million in January 2017. 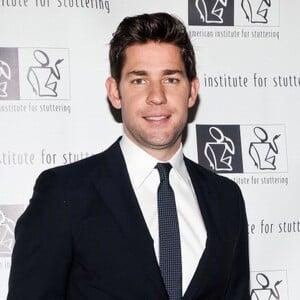