John King net worth and salary: John King is an American journalist who has a net worth of $7 million dollars. He is probably best-known for his election night coverage on CNN. He is CNN's Chief National Correspondent. Since 2014 he has hosted "Inside Politics" on CNN.

John King was born in Dorchester, Massachusetts on August 30, 1963. King graduated from the University of Rhode Island with a degree in Journalism. He began working for the Associated Press in the mid-80s as a writer. He was promoted to chief correspondent and head of election coverage for the Associated Press in 1991, while also winning the premier AP reporting prize for his coverage of the Gulf War.

John joined CNN in 1997. He subsequently became their chief White House correspondent, a position he held until 2005. In 2005 he was promoted to chief national correspondent, and has continued in this capacity since then. In addition to his correspondence work, and regular appearances on "The Situation Room" and "Anderson Cooper 360", he also hosted his own show, "State of the Union" from 2009-2010, and then, "John King, USA", from 2010-2012. He has hosted "Inside Politics" since 2014.

Personal Life: John has been married twice. He has two children from his first marriage to Jean Makie. He was married to fellow CNN personality Dana Bash from 2008 to 2012. They have one child together. 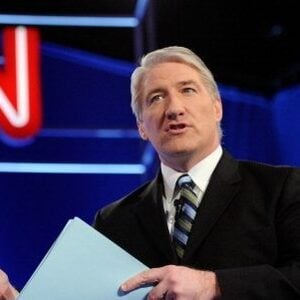