John Jarratt net worth: John Jarratt is an Australian actor, producer, and director who has a net worth of $3 million. John Jarratt was born in Wongawilli, New South Wales, Australia in August 1952. He is best known for starring as Mick Taylor in the Wolf Creek film series. From 2001 to 2006 Jarratt starred as Terry Dodge in the television series McLeod's Daughters.

He has starred in several movies including Wolf Creek, Rogue, The Final Winter, Australia, Bad Behaviour, Django Unchained, Wolf Creek 2, 100 Blood Acres, and StalkHer. Jarratt is part owner of the production company OZPIX. He won the Jury Prize for Best Actor at the Austin Fantastic Fest in 2005 for Wolf Creek. 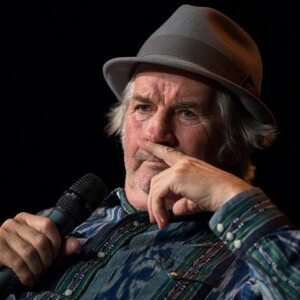