John Hurt net worth: John Hurt was an English actor who had a net worth of $30 million. John Hurt was born on January 22, 1940 in Chesterfield, Derbyshire, England. As a child he lived across the street from a movie theater and was not allowed to see movies. Hurt's breakout role was in 1966's "A Man for All Seasons".

He has appeared in many films over his six decade career, including "Alien", "Midnight Express", "Rob Roy", "V for Vendetta", "Indiana Jones and the Kingdom of the Crystal Skull", "Tinker Tailor Soldier Spy" and the "Hellboy" franchise. John Hurt played wand shop owner Ollivander in the hugely popular "Harry Potter" film franchise. In 2013 John Hurt played The Doctor in three episodes of "Doctor Who". He has also appeared in "Captain Corelli's Mandolin", "Contact", "Spaceballs", "Dogville", "New York, I Love You" among many other film, television, and stage projects. His most iconic roles are considered to be in "The Elephant Man", "Nineteen Eighty-Four", "The Hit", "Scandal", "The Naked Civil Servant", An Englishman in New York", and "I, Claudius". Among other honors in his long and illustrious career, he has received two Academy Award nominations, a Golden Globe Award, and four BAFTA Awards, three for performances and Lifetime Achievement recognition. Unfortunately, John Hurt died on January 27, 2017 at the age of 77. 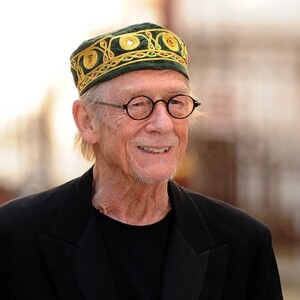