John Hillerman Net Worth and salary: John Hillerman was an American actor who had a net worth of $5 million dollars. He was probably best known for playing the role of Johnathan Quayle Higgins III on the TV series Magnum, P.I., appearing in 158 of the show's 162 episodes between 1980 and 1988.

John Benedict Hillerman was born in Denison, Texas in December 1932. He attended the University of Texas at Austin and served for four years in the United States Air Force. He moved to New York City and studied at the American Theatre Wing. He appeared on Broadway and worked in live performances. His movie debut came in 1970's They Call Me Mister Tibbs!. Hillerman appeared in the films The Last Picture Show, What's Up, Doc?, High Plains Drifter, Paper Moon, Blazing Saddles, Chinatown, Lucky Lady, At Long Last Love, and Up the Creek. He had a recurring role on the TV series One Day at a Time from 1976 to 1980. From 1980 to 1988 Hillerman starred as British Army Sergeant Major Jonathan Quayle Higgins III on the TV series Magnum, P.I. He was nominated for a Primetime Emmy Award for Outstanding Supporting Actor in a Drama Series for his role in Magnum, P.I. in 1984, 1985, and 1986 before finally winning the award in 1987. His last appearance came in A Very Brady Sequel in 1996. He also won a Golden Globe in 1982 and was nominate for four more for Best Performance by an Actor in a Supporting Role in a Series, Mini-Series or Motion Picture Made for TV. John Hillerman died on November 9, 2017 at the age of 84 in Houston, Texas. 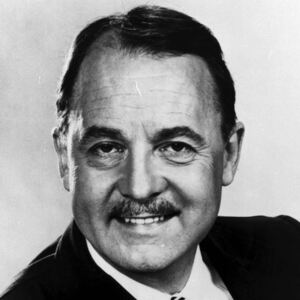