John Hawkes net worth: John Hawkes is an American actor who has a net worth of $4 million dollars. An actor, John Hawkes has been working steadily since the mid 80s, and was nominated for an Academy Award for his work in "Winter's Bone" in 2011. Other film and television credits include, "The Perfect Storm", "Me and You and Everyone We Know", and "Deadwood".

John Marvin Perkins was born in Alexandria, Minnesota in September 1959. He was a member of a band with Gretchen Phillips as well as part of the group King Straggler with actors Brentley Gore and Rodney Eastman. In 1985 Hawkes got his first film role in Future-Kill. He decided to change his stage name to John Hawkes due to another actor being named John Perkins. He starred in Me and You and Everyone We Know in 2005, which earned critical acclaim as part of the Sundance and Cannes Film Festivals. On season 1 of 24 he played Greg Penticoff. Hawkes played Dustin Powers on HBO series Eastbound & Down. He also played the part of Lennon on the ABC series Lost. He starred in Winter's Bone in 2010 and the role earned him a nomination for an Academy Award for Best Supporting Actor. The 2012 film The Sessions earned him both Golden Globe and Screen Actors Guild Award nominations. He was awarded with the Independent Spirit Award for Best Supporting Male in 2010. Hawkes also played Sol Star for the HBO series Deadwood. 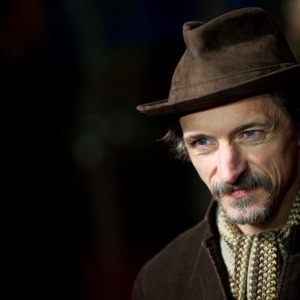