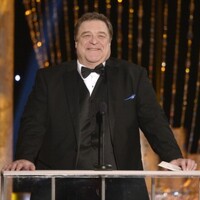 What is John Goodman's Net Worth and salary?

John Goodman is an American theatre, film, and television actor who has a net worth of $45 million dollars. An award-winning actor with a career spanning nearly four decades, Goodman is perhaps most widely recognized for his work as Dan Conner on the sitcom "Roseanne" and for his appearances in various films by the Coen Brothers.

He is also a successful commercial and cartoon voice-over actor. John has hosted "Saturday Night Live" 13 times, making him one of the show's most frequent hosts, and he has starred on "Roseanne" spin-off "The Conners" since 2018 and HBO comedy "The Righteous Gemstones" since 2019. Goodman has won more than 30 awards for his work, including a Primetime Emmy and a Golden Globe.

John Goodman was born John Stephen Goodman on June 20, 1952, in Affton, Missouri, a suburb of St. Louis. His mother, Virginia, worked at a drugstore and waited tables at a cafeteria, and his father, Leslie, was a postal worker; sadly, Leslie passed away from a heart attack when John was just 2 years old. Goodman grew up in a Southern Baptist household with an older brother, Leslie, and a younger sister, Elisabeth. Goodman was bullied at school because of his weight, and he was a Boy Scout until high school. During his childhood, he enjoyed reading comic books and "Mad" magazine.

John attended Affton High School, where he got involved in theatre and was offensive guard and defensive tackle on the football team. He graduated in 1970 and took a year off before going to Southwest Missouri State University (now called Missouri State University) on a football scholarship. After an injury ruined his chance at a professional football career, he decided to major in theatre and studied acting with Kathleen Turner and Tess Harper, who would go on to become Oscar-nominated stars. Goodman graduated in 1975, earning a Bachelor of Fine Arts, and the school awarded him an Honorary Doctorate in 2013.

John moved to New York City in 1975 and worked as a waiter and bartender while trying to find success as an actor. He began doing commercials, voiceover work, and plays and landed roles in off-Broadway and dinner theater productions. He made his big screen debut in 1982's "Eddie Macon's Run," and he starred in the play "Big River" from 1985 to 1987, earning a Drama Desk nomination for Best Featured Actor in a Musical. Goodman appeared in "Revenge of the Nerds" (1984), "The Big Easy" (1987), "Raising Arizona" (1987), and several other films before landing the role of Dan Conner on ABC's "Roseanne." The sitcom ran from 1988 to 1997 and John reprised his role when the show returned in 2018. After the series was canceled due to an offensive tweet by Roseanne Barr, ABC created a spinoff called "The Conners." During the original run of "Roseanne," Goodman starred in "Arachnophobia" (1990), "King Ralph" (1991), and "The Flintstones" (1994), and after the show ended, he played numerous memorable roles, including "Mighty" Mack McTeer in "Blues Brothers 2000" (1998), Walter Sobchak in "The Big Lebowski" (1998), and Daniel "Big Dan" Teague in "O Brother, Where Art Thou?" (2000).

Heading into the third season of "The Conners" John's per episode salary was bumped to $400,000. Over the course of a 20 episode season that works out to $8 million for the full season. 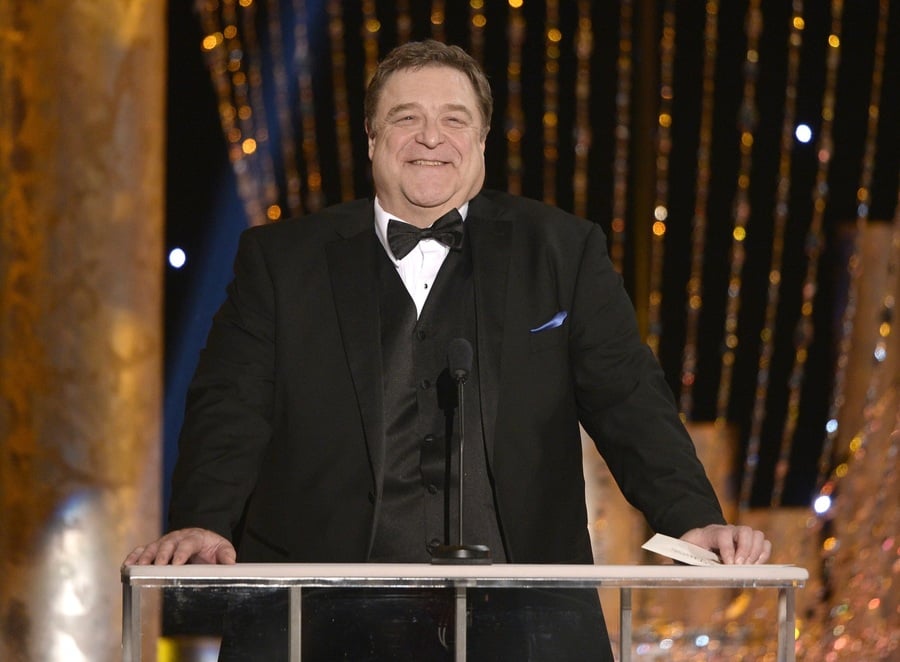 John married Annabeth Hartzog on October 27, 1989, and they welcomed daughter Molly on August 31, 1990. Molly grew up to work in the entertainment industry, serving as a production assistant on Fox sitcom "New Girl" and NBC crime drama "Aquarius," and she produced and edited the short film "A Love Saga with John Goodman." John has struggled with alcoholism and cocaine addiction, and he has been sober since a 2007 stay at Malibu's Promises Treatment Center.

Goodman once weighed nearly 400 pounds, but he had shed 100 pounds by August 2010 with the help of a health coach, exercise program, and food journaling. He has been a St. Louis Cardinals fan his entire life, and he narrated 2020's "Birds of a Different Game," a documentary about the baseball team in the 1980s. John is passionate about charity and has appeared in commercials for Hurricane Katrina recovery and the Deepwater Horizon oil spill.

Goodman has won numerous awards for his performance on "Roseanne," including 1989 and 1990 American Comedy Awards, a 1989 People's Choice Award, a 1993 Golden Globe, and 1989 and 1992 Viewers for Quality Television Awards. In 2007, he won a Primetime Emmy for Outstanding Guest Actor in a Drama Series for "Studio 60 on the Sunset Strip," and his role in 2016's "10 Cloverfield Lane" earned him a Saturn Award from the Academy of Science Fiction, Fantasy & Horror Films as well as a BloodGuts UK Horror Award, a "Fangoria" Chainsaw Award, an iHorror Award, a Utah Film Critics Association Award, and a Seattle Film Critics Award. John received a star on the Hollywood Walk of Fame in 2017, and in 2013, the Las Vegas Film Critics Society Awards honored him with the William Holden Lifetime Achievement Award.