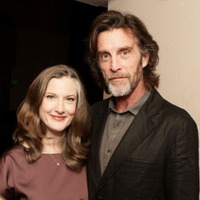 John Glover net worth: John Glover is an American actor who has a net worth of $5 million dollars. John Glover is made a career playing is villains in films and on television. He was on the hit television show Smallville in the part of Lionel Luthor for eight years. Though Smallville is based on the Superman stories, he is also something of an expert on Batman. He was the Riddler in Batman: The Animated Series and Doctor Jason Woodrue in Batman & Robin. He was featured as Bryce Cummings in Scrooged, a gangster in Payback, and the character Verad in Star Trek: Deep Space Nine. John Glover played the epitome of evil as the Devil himself in Brimstone. On a nicer note, he was Cousin Jerry in The Days and Nights of Molly Dodd. In earlier years he was on episodes of the television series Miami Vice and Murder, She Wrote. He was nominated for an Emmy in 1994 for a guest role on Frasier. He has appeared in several television films and mini-series including Apology and Twist of Fate. Glover is well known to audio book listeners, working on the best sellers Ghost Story and The Dresden Files. He has pursued a stage career, appearing on Broadway in 2012 as Uncle Ben in Death of a Salesman. With Ellen Burstyn, he played in The Atmosphere of Memory. John Glover is gay and has lived with Adam Kurtzman since 1993. He moved around when he was young, born in 1944 in Kingston, New York and raised in the town of Salisbury in Maryland. His father suffered from Alzheimer's, leading Glover to work actively with the Alzheimer's Association.