John Gavin net worth: John Gavin was an American actor who had a net worth of $4 million. John Gavin was born in Los Angeles, California in April 1931. He served as a United States Ambassador to Mexico from 1981 to 1986. Gavin was also the head of the Screen Actors Guild from 1971 to 1973.

He served in the U.S. Navy during the Korean War and got an award for his work in the Honduras floods of 1954. Gavin first starred in the movies Raw Edge and Behind the High Wall in 1956. In 1964 he starred as Harrison Destry in the television series Destry. In 1965 Gavin starred as Comdr. Dan Talbot in the TV series Convoy. He also starred in the movies Four Girls in Town, Quantez, A Time to Love and a Time to Die, Imitation of Life, A Breath of Scandal, Psycho, Spartacus, Midnight Lace, Romanoff and Juliet, Back Street, Tammy Tell Me True, Pedro Paramo, Thoroughly Modern Millie, OSS 117 – Double Agent, The Madwoman of Chaillot, Pussycat, Pussycat, I Love You, Keep It in the Family, and Jennifer. Gavin last appeared in the TV series Fantasy island in 1981. In 1959 he won a Golden Globe Award for Most Promising Newcomer and a Laurel Award for Top Male New Personality. Gavin was cast as James Bond in the 1971 film Diamond Are Forever before Sean Connery agreed to play the role again. He was the President of the Screen Actor's Guild from 1971-73. He served as ambassador to Mexico during the Ronald Reagan administration. In 1991 Gavin considered a bid for Senate. John Gavin died on February 9, 2018. 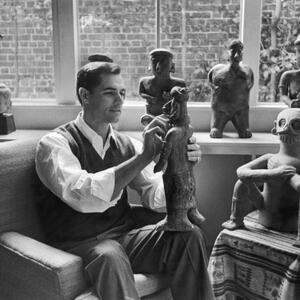