John Gallagher, Jr. Net Worth: John Gallagher, Jr. is an American actor and musician who has a net worth of $2 million. John Howard Gallagher, Jr. was born June 17, 1984 in Wilmington, Delaware. He is best known for his role as Moritz Stiefel in Duncan Sheik and Steven Sater's rock musical Spring Awakening, which earned him a Tony Award for Best Featured Actor in a Musical. He also played Johnny in Green Day's Broadway musical, American Idiot as well as Lee in the 2011 Broadway production of Jerusalem. Prior to and throughout his stint in Spring Awakening, he was in the band Old Springs Pike (until 2008) and prior to Old Springs Pike, John Gallagher played in numerous other bands including Not Now Murray, What Now and Annie's Autograph. As a child actor, Gallagher played Tom Sawyer at the Delaware Children's Theatre. He has also appeared in several television programs including The West Wing, Law & Order: SVU, NYPD Blue, Ed, Love Monkey and Hallmark Hall of Fame's film The Flamingo Rising. Gallagher's film credits include Pieces of April, Woody Allen's Whatever Works, Jonah Hex, Kenneth Lonergan's Margaret and a lead role in Short Term 12 opposite Brie Larson. In 2012, he was cast as Jim Harper in Aaron Sorkin's The Newsroom. 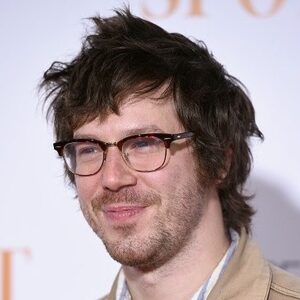