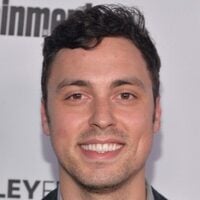 John Francis Daley net worth and salary: John Francis Daley is an American actor and screenwriter who has a net worth of $5 million dollars. John Francis Daley was born in Wheeling, Illinois. He began acting before he started kindergarten, appearing as Young Tommy in the National and International tours of "The Who's Tommy". From there, he went on to appear in film and television projects, and also began to write for film and television, as well. He has co-starred or recurred on such television shows as "Freaks and Geeks", "Boston Public", "The Geena Davis Show", "Spin City", "Regular Joe", "Kitchen Confidential", and "The Finder". He has also appeared in such films as "View from the Top", "Waiting…", "Horrible Bosses", which he also co-wrote, and "Rapture-Palooza". He also wrote or co-wrote the following films; "The Incredible Burt Wonderstone", "Horrible Bosses 2", "Vacation", "Spiderman: Homecoming" and more. He is most widely recognized for his co-starring role on "Bones".