What was John Forsythe's Net Worth?

John Forsythe was born Jacob Lincoln Freund on January 29, 1918, in Penns Grove, New Jersey. He grew up in a Jewish household in Brooklyn, New York, with mother Blanche, father Samuel (a stockbroker), and two younger siblings. John attended Abraham Lincoln High School, and after graduating at age 16, he enrolled at the University of North Carolina at Chapel Hill. When Forsythe was 18 years old, he began working at Ebbets Field as a public address announcer for the Brooklyn Dodgers. 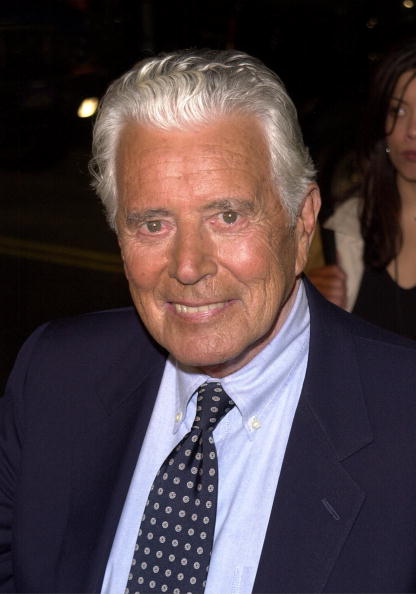 John married Parker McCormick on June 19, 1939, and they welcomed son Dall before divorcing in 1943. Forsythe wed Julie Warren on December 18, 1943, and they remained together until her death from cancer in 1994. Warren was in a coma at the time of her death, and Forsythe had to make the difficult decision to take her off life support. John and Julie had two daughters together, Page and Brooke, and they played Forsythe's daughters on "The John Forsythe Show." Forsythe married Nicole Carter on July 25, 2002, and they were still together at the time of his death. Nicole passed away just five weeks after John's death. In 1979, he underwent quadruple coronary artery bypass surgery, and in 2006, he had surgery after being diagnosed with colorectal cancer. Forsythe owned and bred racehorses, and he was a member of the Hollywood Park Racetrack's Board of Directors. Several of his horses won races, with Yu Wipi winning the 1976 Longacres Mile, Targa winning the 1982 Sixty Sails Handicap, and Mamselle Bebette winning the 1993 La Brea Stakes. John regularly hosted the Eclipse Awards in the '80s, and he was honored with the Eclipse Award of Merit in 1988 for his dedication to promoting Thoroughbred racing.

On April 1, 2010, John passed away from pneumonia at the age of 92 in Santa Ynez, California. He was laid to rest at Oak Hill Cemetery in Santa Barbara County.

Forsythe earned four Primetime Emmy nominations, three for Outstanding Lead Actor in a Drama Series for "Dynasty" (1982, 1983, and 1984) and one simply for Best Actor in 1953. He received six Golden Globe nominations for Best Performance by an Actor in a Television Series – Drama for "Dynasty," winning in 1983 and 1984. John was named Male Star of the Year at the 1984 Golden Apple Awards, and he earned People's Choice Award nominations for Favorite Male TV Performer in 1984 and 1986. He was nominated for five "Soap Opera Digest" Awards for "Dynasty": Outstanding Actor in a Mature Role in a Prime Time Soap Opera and Outstanding Actor in a Prime Time Soap Opera in 1984 (winning both), Favorite Super Couple on a Prime Time Serial (shared with Linda Evans) and Outstanding Actor in a Leading Role on a Prime Time Serial in 1986, and Favorite Super Couple: Prime Time (shared with Linda Evans) in 1988. Forsythe received the American Academy of Achievement's Golden Plate Award in 1983, and he earned four TV Land Award nominations for Favorite "Heard but Not Seen" Character for "Charlie's Angels," taking home the prize in 2003 and 2007.  John received a star on the Hollywood Walk of Fame in 1960. 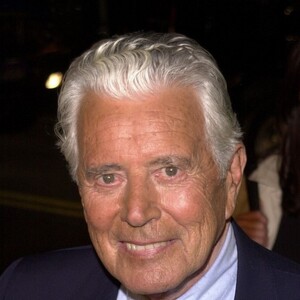