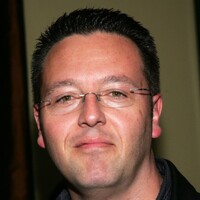 What is John Edward's Net Worth?

John Edward is a television personality, author, and self-proclaimed psychic medium who has a net worth of $20 million. He achieved both fame and controversy in the early 2000s when the Sci-Fi Channel began airing his show "Crossing Over with John Edward," which saw him providing psychic readings to his studio audience. Edward gained further notoriety for his show "John Edward Cross Country" on We TV.

John Edward was born on October 19, 1969 in Glen Cove, New York as the only son of an Italian-American mother and an Irish-American father. He was brought up in the Roman Catholic faith. Edward had a turning point in his early life at the age of 15, when a New Jersey psychic convinced him that he could be a medium himself. Allegedly, the woman told him that he would eventually become globally renowned for his psychic abilities, and that he would share his gift through books, television, and lectures.

For his higher education, Edward went to Long Island University to pursue a degree in health care administration. During this time, he worked as a phlebotomist.

Edward had his breakthrough in 1998 with the release of his first book, "One Last Time," which focused on his psychic abilities. To promote the book, he went on "Larry King Live." Edward's appearance on the show was so popular that the volume of phone calls coming in was enough to overload the switchboard.

"Crossing Over with John Edward"

Edward achieved his greatest notoriety as the producer and host of the television series "Crossing Over with John Edward," which was broadcast on the Sci-Fi Channel from 2001 to 2004. On the show, Edward provided psychic readings to a live studio audience, questioning a given audience member with information he claimed was being sent from their dead friends or relatives. Allegedly, no information was supplied to Edward prior to the show; however, audience members were allowed to add details to his questions and statements. In some cases, Edward conducted private readings away from his studio audience in order to go into greater detail about someone's situation. Visually, "Crossing Over with John Edward" was characterized by its regular use of split-screen, with one half of the frame featuring a reading and the other containing the subject of the reading being interviewed about their experience.

Not long after the 9/11 attacks, Edward started filming at least one special in which he met with relatives of various victims, aiming to serve as a medium between them and their lost loved ones. Studios USA, the distributor of Edward's show, had scheduled to broadcast the special in November, but news of the show quickly caused a national uproar. The Sci-Fi Channel and the production office of "Crossing Over with John Edward" were both inundated with livid emails and phone calls decrying the special as insensitive and exploitative. Although Studios USA's president of domestic television Steve Rosenberg initially ignored the pushback, he ended up relenting and canceled the airing of the special.

Edward courted further controversy for his next show, "John Edward Cross Country," which aired from 2006 to 2008 on We TV. Like his earlier show, the program featured psychic readings, only this time Edward went to visit his subjects and their families after he performed the readings to see how the experience had impacted their lives. Edward ended up traveling across the United States for the show's first season, performing readings in big public venues.

Beyond his own shows, Edward has made a plethora of appearances in the media on other programs. He has been on such talk shows as "Jimmy Kimmel Live!," "Maury," "Oprah," "The View," "The Tony Danza Show," "The Wayne Brady Show," and "Dr. Phil." Edward has also made appearances on "20/20," "Dateline," "Entertainment Tonight," "Fox and Friends," and "The Crier Report." Additionally, he has made guest appearances on the sitcom "Will & Grace"; the reality series "Keeping up with the Kardashians"; the superhero series "Smallville"; and the police procedural series "Law & Order." 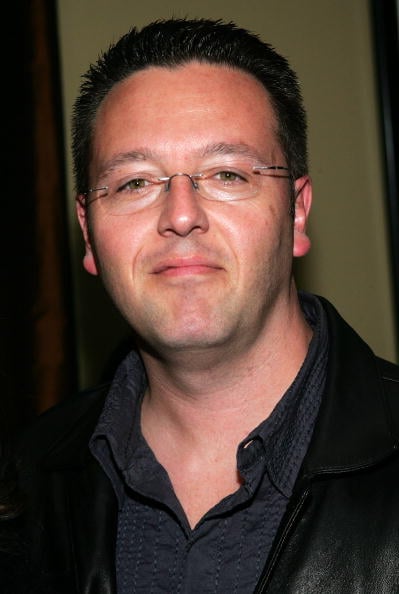 Edward's alleged psychic abilities have been met with extreme skepticism. Critics posit that he simply uses the timeworn mentalist techniques of hot and cold reading, which involves the use of broad general knowledge that could apply to just about anyone being read. Studying one particular reading from Edward's show, illusionist James Randi found that only 3 of 23 statements made by Edward were confirmed by the subject being read as correct. Meanwhile, the Independent Investigative Group's James Underdown suggested that the editing of the show might be contributing to the appearance of Edward's accuracy.

In April 2019, John Edward paid $5.5 million for a large mansion in the LA suburb of Encino. The nearly full-acre property has a 7,800 square-foot mansion with 8 bedrooms and 9 bathrooms. John place this home on the market in April 2022 for $9.5 million.