John Doman Net Worth: John Doman is an American actor who has a net worth of $2 million. Born in Philadelphia, Pennsylvania, in 1945, John Doman earned his English Literature degree at the University of Pennsylvania, where he played college football. Doman worked as a marketing professional and served in Vietnam as a Marine Corps officer before making the switch into acting.

Doman made his debut in 1993. He is best known for appearing as Deputy Police Commissioner Williams Rawls on the hit HBO series "The Wire" for six years. He has also frequently appeared in dozens of episodes of the "Law & Order" franchise in a variety of roles. Doman has been on "Law & Order", "Law & Order: Special Victims Unit", "Law & Order Criminal Intent", and "Law & Order: Trial by Jury". He has played close to a dozen different characters all together. Doman's other TV and film credits include "Rizzoli & Isles", "NCIS", "Oz", "Cop Land", "Mystric River", "Blue Valentine", "The Opponent", "Star Trek: Deep Space Nine", "Damages", "Died Hard with a Vengeance", "Borgia", and "ER". He has voiced several video game characters, including that of Don Morello in "Mafia: City of Lost Heaven". As of late, Doman has begun narrating videos for the NFL's Philadelphia Eagles. 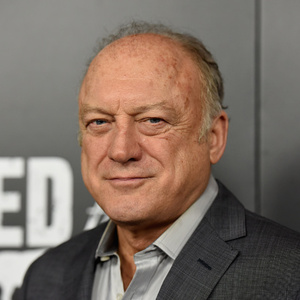