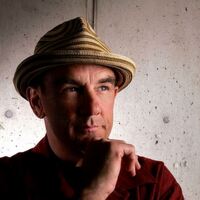 John Diehl net worth and salary: John Diehl is an American actor who has a net worth of $2 million. During his career to date, John has starred in more than 140 films and TV series.

John Diehl was born in Cincinnati, Ohio in May 1950. From 1984 to 1987 he starred as Detective Larry Zito on the television series Miami Vice. Diehl has had recurring roles as Chris on the TV series The John Larroquette Show from 1994 to 1996, Assistant Chief Ben Gilroy on the series The Shield from 2002 to 2003, and David Burke on the series Point Pleasant from 2005 to 2006. He has appeared in many films including Stripes, National Lampoon's Vacation, Stargate, A Time to Kill, Con Air, Jurassic Park III, The North Star, and more. John Diehl won a Southampton International Film Festival Award in 2014 for Leading Actor in a Short for Kahea. He is a member of The Actors Studio and married Julie Christensen in 1992.