What is John David Washington's Net Worth and Salary?

John David Washington is an American actor and former professional football player who has a net worth of $8 million. John David Washington had his breakthrough role starring as undercover detective Ron Stallworth in Spike Lee's 2018 film "BlacKkKlansman." He was also part of the main cast of the HBO series "Ballers," and has been in such films as "Tenet," "Malcolm & Marie," "Beckett," and "Canterbury Glass." Before joining show business, Washington played football with the UFL's Sacramento Mountain Lions for four years.

John David Washington was born on July 28, 1984 in Los Angeles, California as the eldest of four children of actor Denzel Washington and actress and singer Pauletta Washington.

Thanks  to his father's fame, he appeared in movies early on, with his first appearance being as a seven-year-old student in Spike Lee's 1992 film "Malcolm X," starring Denzel. As a teen, Washington went to Campbell High School, where he lettered in basketball, football, and track. After graduating in 2002, he attended Morehouse College in Atlanta, Georgia.

Washington began his career as a football player at Morehouse College. There, he led the conference in rushing with a school record of 1,198 yards. Additionally, he set school records for both single-game and career rushing yards, with 242 and 3,699, respectively.

In the 2006 NFL Draft, Washington ended up going undrafted. He subsequently signed with the St. Louis Rams as a free agent. After the team released him a few months later, it re-signed him to its practice squad. During the 2007 offseason, Washington played for the Rhein Fire in NFL Europe. He was eventually drafted by the UFL's California Redwoods, which later became the Sacramento Mountain Lions after moving to Sacramento. Washington played with the team for four years through 2012, when the league suddenly folded.

Washington had his first significant acting role starting in 2015, when he was cast on the HBO sports dramedy series "Ballers." He played the main role of Ricky Jerret, a deeply competitive NFL player who also has a prominent spiritual side. Other cast members included Dwayne Johnson, Rob Corddry, Omar Miller, London Brown, and Jazmyn Simon. Washington remained on "Ballers" for all five of its seasons through 2019. 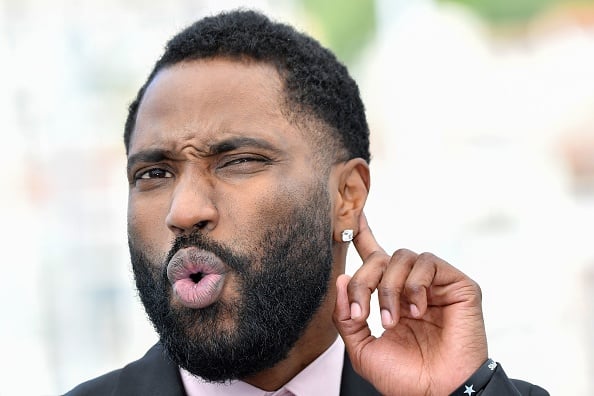 As an adult, Washington gave his first film performance in the 2017 musical drama "Love Beats Rhymes," directed by rapper RZA. The film stars Azealia Banks, Common, Lucien Laviscount, Jill Scott, and Lorraine Toussaint, among others. It was in 2018, however, that Washington had his breakthrough year on the big screen, appearing in a total of four films. The first two, "Monsters and Men" and "Monster," premiered at the Sundance Film Festival in January. In the former, Washington starred as police officer Dennis Williams, while in the latter, he played the supporting role of Richard "Bobo" Evans. Washington gained his greatest recognition later in the year for his performance in Spike Lee's biographical drama "BlacKkKlansman." He starred as real-life African-American detective Ron Stallworth, who went undercover in the early 1970s to infiltrate a local Ku Klux Klan chapter in Colorado Springs. "BlacKkKlansman" was highly acclaimed by critics; for his performance, Washington earned SAG and Golden Globe Award nominations. His final film in 2018 was another biographical crime film, "The Old Man & the Gun," starring Robert Redford as real-life career criminal Forrest Tucker.

After seeing Washington's performance in "BlacKkKlansman," filmmaker Christopher Nolan was so impressed that he chose the actor to star in his next project, the 2020 science-fiction spy film "Tenet." Washington was joined in the cast by Robert Pattinson, Elizabeth Debicki, Michael Caine, and Kenneth Branagh, among others. Following this, Washington starred opposite Zendaya in the 2021 romantic drama "Malcolm & Marie," the first Hollywood feature film to be entirely made during the COVID-19 pandemic. Also in 2021, Washington starred as a hunted American tourist in Greece in the action thriller "Beckett." His other credits have included David O. Russell's period ensemble comedy "Canterbury Glass," costarring such actors as Christian Bale, Margot Robbie, Robert De Niro, and Rami Malek; and Gareth Edwards' science-fiction film "True Love," costarring Gemma Chan, Ken Watanabe, and Allison Janney, among others.

In 2022 it was announced that Washington would star as Boy Willie in a Broadway revival of August Wilson's play "The Piano Lesson." Other cast members include Samuel L. Jackson and Danielle Brooks; direction is by LaTanya Richardson Jackson. The same cast also announced its intention to star in a film adaptation of the play.

Washington is very guarded about his personal life, and has spoken only vaguely about past romantic relationships. He has revealed, however, that he has struggled with finding girlfriends and maintaining intimate partnerships. 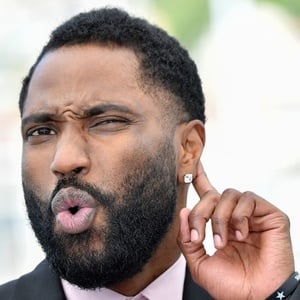