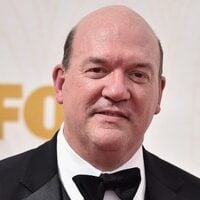 John Carroll Lynch net worth: John Carroll Lynch is an American actor who has a net worth of $3 million. John Carroll Lynch was born in Boulder, Colorado in August 1963. He studied theater at the Catholic University of America and has over 100 acting credits to his name starting in the movie Grumpy Old Men in 1993. From 1997 to 2004 he starred as Steve Carey in the television series The Drew Carey Show. Lynch starred as Varlyn Stroud in the TV series Carnivale in 2005 and as Steve Sharpe in the series Close to Home from 2005 to 2006. From 2007 to 2008 he starred as Captain James Embry in the television series K-Ville. Lynch starred as Detective Bud Morris in the TV series Body of Proof from 2011 to 2012. He starred as Will Hayes in the series Do No Harm in 2013 and as Twisty the Clown / John Wayne Gacy in the series American Horror Story from 2014 to 2015. Lynch has also starred in the movies Fargo, Volcano, Face/Off, Mercury Rising, Pushing Tin, Zodiac, Gran Torino, Shutter Island, Paul, Crazy, Stupid, Love., and Hot Pursuit.