What was John Candy's Net Worth?

John Candy was a Canadian actor and comedian who had a net worth of $15 million at the time of his death in 1994. John Candy passed away on March 4, 1994 from a heart attack at 43 years old while filming Wagons East! in Durango, Mexico.

He won two Primetime Emmy Awards for Outstanding Writing in a Variety or Music Program for SCTV Network 90 in 1982 and 1983. He was inducted into Canada's Walk of Fame and was featured on a Canadian postage stamp.

John Franklin Candy was born on October 31, 1950 in Newmarket, Ontario, Canada. His parents were Sidney James Candy and Evangeline Candy, both of whom were Catholic. Unfortunately, when Candy's father was 35, he died of complications of heart disease.

During his teenage years, Candy studied at Neil McNeil Catholic High School in Toronto, Canada. He was interested in becoming a football player but was hindered by a knee injury which left him unable to play. He went to Centennial College to study Journalism but then transferred to McMaster University where he started taking extracurricular activities such as acting.

Candy's early career developed when he began earning small roles on television series like "Cucumber," "The ABC Afternoon Playbreak," and "Dr. Zonk and the Zunkins." Candy rose to fame during the 1970s as a member of the Toronto branch of The Second City and its "Second City Television" series. Some of his most well-known characters that he portrayed on the show include Johnny LaRue, Doctor Tongue, and talk-show sidekick William B, Williams. NBC signed a deal with the show in 1981 and quickly became an even larger hit. It won two Emmy Awards for the show's writing during 1981 and 1982.

Candy took a short hiatus from Second City Television and began to attend to his film career, appearing in a minor role in "Lost and Found" in 1979, as well as playing a US Army Soldier in Steven Spielberg's high budget comedy film "1941." Shortly after, he went back to Canada where he landed roles in "The Courage of Kavik, the Wolf Dog" and the action thriller "Double Negative." He also played a parole officer, Burton Mercer, in "The Blues Brothers" in 1980. Candy was cast as an Army recruit in "Stripes" which was directed by Ivan Reitman and became one of the most successful films in 1981. The same year he provided voices for the animated film "Heavy Metal."

Candy's true stardom began when he played the role of Tom Hank's womanizing brother in the romantic comedy hit "Splash," which was considered his break-out role. He also starred in the 1985 film, "The Last Polka," which he wrote with co-star Eugene Levy. He played Richard Pryor's best friend on "Brewster's Millions" and landed a cameo in the Sesame Street film "Follow That Bird." 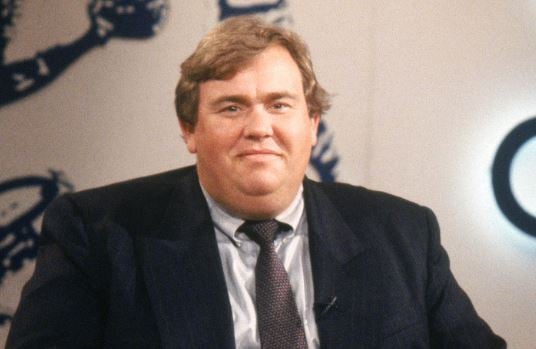 Candy's first major lead role in Hollywood was in the film "Summer Rental," which was directed by Carl Reiner. He then reunited with Tom Hank's in "Volunteers" and had a cameo in "The Canadian Conspiracy" in 1985. In 1986, he earned his second leading role in the film "Armed and Dangerous" alongside Eugene Levy and Meg Ryan.

In 1987, he also starred in "Planes, Trains, & Automobiles" with Steve Martin and directed by John Hughes. This began a collaboration with Hughes as Candy then had a cameo role in "She's Having a Baby" in 1988 and starred in "The Great Outdoors" which Hughes wrote and directed.

In 1989, he appeared as the main character in the Hughes film "Uncle Buck." The same year, he also produced and starred in the animated series on NBC called "Camp Candy," which featured his two children in supporting roles. In 1990 and 1991, he appeared in two more films by Hughes, "Home Alone" and "Career Opportunities.

In 1991, he appeared in "Only the Lonely" alongside Maureen O'Hara. He had a string of unsuccessful films in the early 1990s including "Delirious," "Once Upon a Crime," and "Boris and Natasha: The Movie" before finally starring in the hit "Cool Runnings" in 1993. He made is directorial debut in 1994 with the film "Hostage for a Day" and his final appearances in film came in 1995 with roles in "Canadian Bacon" and "Wagons East."

Candy married his wife, Rosemarry Hobor, in 1979. They had their first child, Jennifer, in February of 1980 and their second child, Chris, in September of 1984. Candy admitted that he sometimes suffered from anxiety and panic attaches. He also was overweight and tended to binge eat in response to stress and anxiety. Additionally, various factors contributed to his poor health such as frequent smoking and use of alcohol, as well as a strong family history of heart disease.

On March 4, 1994, Candy suffered a heart attack at the age of 43 while he had been filming "Wagons East." His funeral was held at St. Martin of Tours Catholic Church in Los Angeles and he was entombed at Holy Cross Cemetery in Culver City. A special memorial service was produced by his former improvisation troupe, the Second City, which was broadcast across Canada.

In 1998, Candy was inducted into Canada's Walk of Fame. In 2006, he was honored by Canada Post by being featured on a postage stamp. In October of 2020, the mayor of Toronto declare that October 30th was "John Candy Day" in honor of what would have been Candy's 70th birthday. 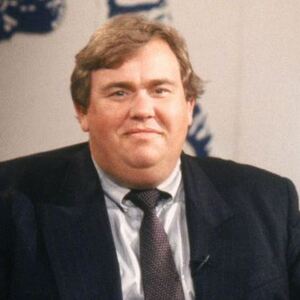